We finally got around to practicing last week Thursday. Once again, it was just another jam session, making stuff up on the fly. Over about 1.5 hrs we came up with about 6 tunes and recorded them to the Zoom H4. We figure we better get some playing in before the gig at the HOG on Oct 5.

Here's a new tune for you (I'll post the rest as I get around to mixing them). We hope you dig it. It was just the first thing that Brad played and we just built off of that lick:

Here's a pic of M2 and Brad in the practice space: 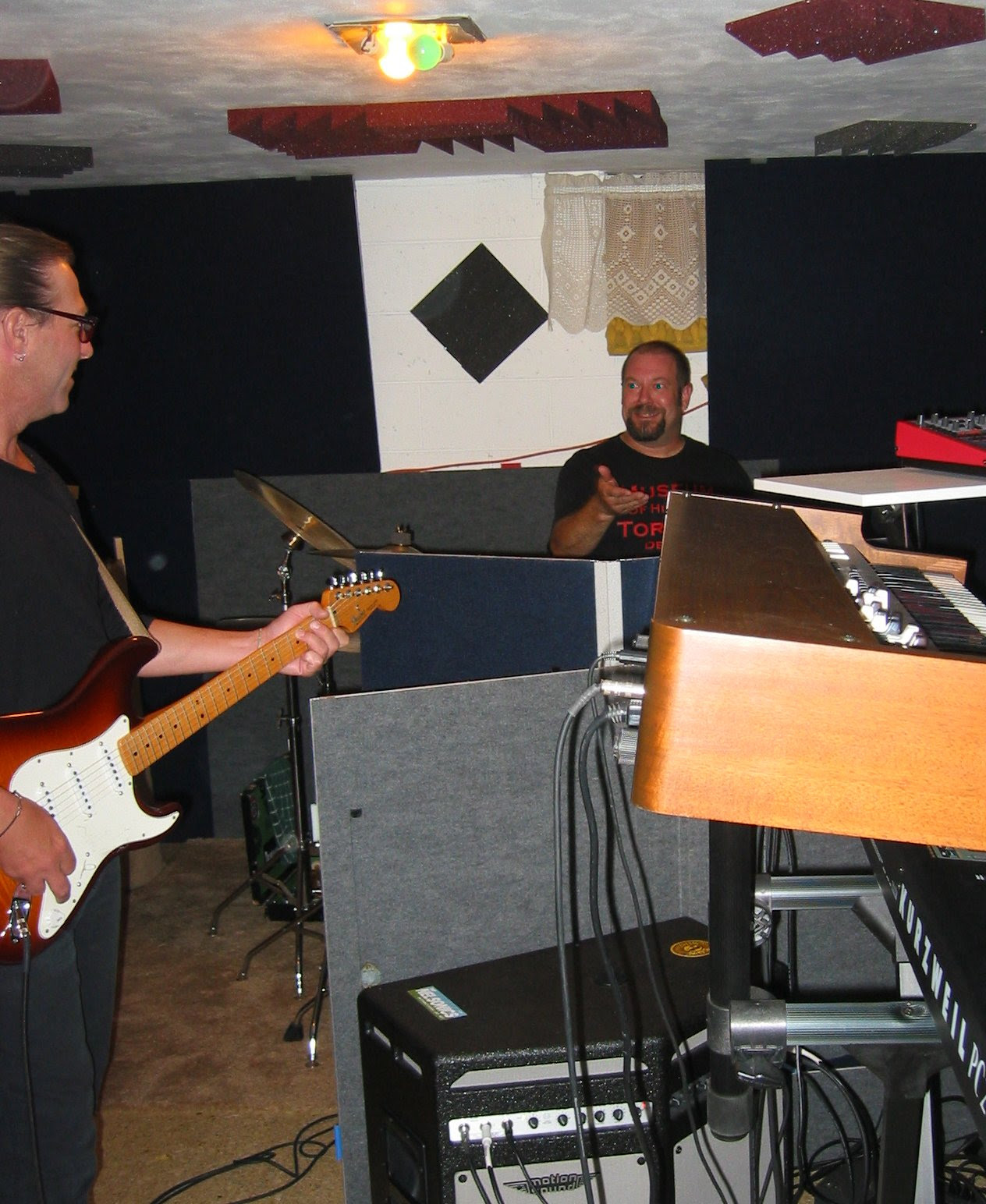 The red and black foam squares on the ceiling and walls is Sonex used to "deaden" the room. It basically cuts down on the amount reflection the sound makes off the walls floors and ceiling. The sound gets deflected by the angled form wedges and so helps to avoid what is called "stadning waves" (sound that starts bouncing back and forth and adds to itself each return trip which just sounds horrible and overwhelming). We also have some bass traps in the room to take out the lower frequencies.

The Zoom H4 is set up on a tripod just outside of the pic to the right. Just a few inches from the Korg CX-3. I record at 44.1k at 24 bit. Unfortunately, I had the compression on on the Zoom and that change the recording some. I used Izotope Ozone3 to fatten it up. One of these days I'll do some screen captures and post the settings I use with Ozone.

Enjoy.... stayed tuned for more tune posts over the next some odd days.