Well stuff has been coming together with the album. We have basically got the drums "in the can" as of last night. M1, M2 and I (Brad) tracked "Throwing Rocks at Cars" and I recorded the vocals. We really kicked it in the ass compraed to the first recording. We have 14 tracks for the disk. INcluding one spoken word piece penned by M2.

Aftger listening to the disk (though not in it's final mix and mastered version) I am pretty pleased. People have had comments like it is Elvis Costello or a dark Dave Mathews not bad examples from lay-folk so to speak.

The disk is dark in mood. And certainly there is a theme threading throught it, which was a goal from the onset. Now we have some last bits to do including bass tracks for about half yet to do. We are laying down another bass track with a miced amp this time. Seems to provide a tighter more focused bass sound. We are micing a small practice bass amp with a dynamic kick drum mic in foam. Very little EQing is required....and the bass is much easier to move around in the mix.

M1 has a few tracks to try some stuff on I have some more sigining to do and Steve the bass tracks. We should be done with all recording sometime next week and then we start the mixing.

It has been a long 8 months in the CatBox recording. Lots of frustration and expense with computer hardware but it has been worth it.

The latest mixes will be on our sonicbids site.

P.S. May 15th Sprizzo....come down and celebrate us getting the recording portion of the album finished... 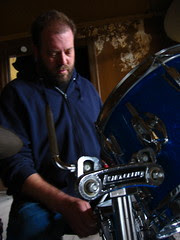 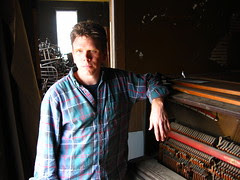 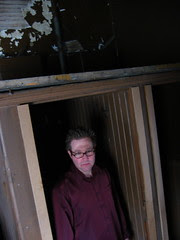 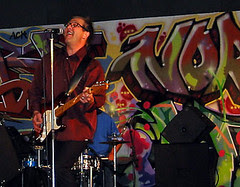 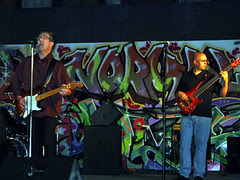 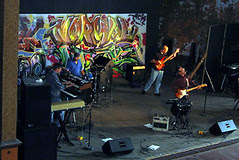 Did some more tracking on tunes this last weekend. M2 laid down soem sweet congas and bongos on Turn Out the Morning and Flowing On. We also created a soundscape piece with some funky things I have laying around the house. Might make the disk....

We're playing at Turner Hall on the 23rd of April with a gob of other bands.

M2 and I drove to town, Sunday April 18th...is not...Drank a beer of two and ate at Points East Pub dropped a disk off, chatted with James and Matt from Clementine and went ot Onopa's to drop a disk off....and have a beer.

Check out Clementine's tunes (WMA's) from above. They are cool neo-pop tunes, light a airy with catchy hooks.
Posted by Bradly O. at Monday, April 18, 2005 No comments: