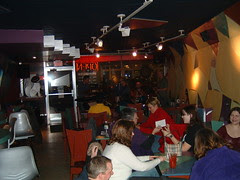 What follows are a bunch of pictures from the january 29th SPrizzo gig. Sprizzo is a small cafe'/coffee house/Art Gallery/Martini/Wine Bar....that is a lot of slashes. They have music on a regular basis and do everything from jazz, folk to alt rock. If the bands keep the volume down this is a fun place to watch and hear music. Great food, drinks and warm non-smoking atmosphere make for a very intimate music experience for all ages.

SPrizzo is not a late night place. Bnads fire up at 8 and typically they start shutting down by around 10-10:30. We were packed up and sitting in House of Guiness having a pint by 11:30.

Families welcome. We had quite a few fans who brought the kids. Which is great way for families to do something other than watch T.V. or go to ::choke:: Applebee's...go to Sprizzo...

Starting out the night at 8 p.m. we had pretty much standing room only for the first set. The second set was "mostly winging it" and havning fun trying out some variations on songs that were not in the first set.

Thanks to Patrick Netteshiem for the photos.

It was a good gig. We had a blast, sold some disks, ate some sammies and drank some moose drool. 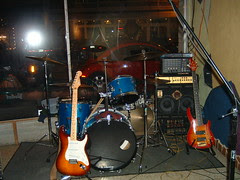 stuff_car
Originally uploaded by bodland.
Here is the tight space to set up in at Sprizzo. We relocated tables at the front. Volume is key at this place. Keep the bass deep. M2 used HotShots to keep the volume down. Sprizzo's has a small PA. Use it if you play there. I placed my speaker cabinet to the left of the door to spread the sound.

All in all we had no complaints on the sound and we didn't blast people out.
Posted by Bradly O. at Monday, January 31, 2005 No comments: 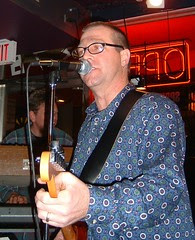 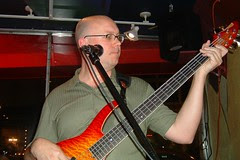 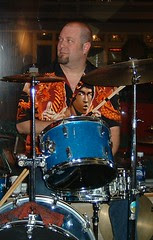 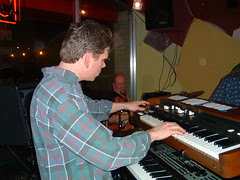 M1 on the CX-3
Originally uploaded by bodland.
Posted by Bradly O. at Monday, January 31, 2005 No comments: 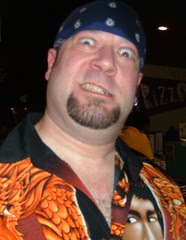 Mike and Bruce
Originally uploaded by bodland.
Posted by Bradly O. at Monday, January 31, 2005 No comments: 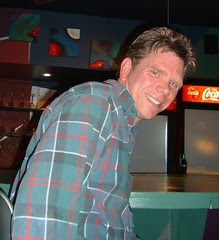 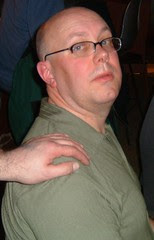 Steve and Thing
Originally uploaded by bodland.
Posted by Bradly O. at Monday, January 31, 2005 No comments: 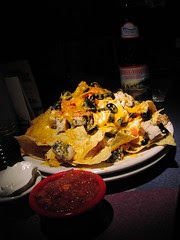 P1010023
Originally uploaded by bodland.
I am big nacho fan. And I am very picky about them. Real cheese. No canned goo. Sprizzo's has for the most part really good nachos. Except for a time when one owner decided it was better to have nacho cheese canned goo instead....bleech...

All I can say is between Sprizzo's Nachos with a Moose Drool and Es station's Nachos Con Carne and a margarita, Waukesha may very well be the Nacho capital of the known universe.

As and old punker from Minneapolis t-face used to say: "mmmm num nums"
Posted by Bradly O. at Thursday, January 27, 2005 No comments: 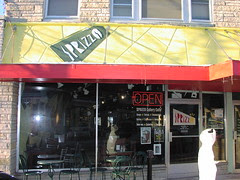 P1010020
Originally uploaded by bodland.
Main Street Waukesha. We'll be playing on Saturday the 29th from 8-10.

This is also to site of "bean scene". Each Wednesday before practice a few soul ampers hang with their groovy "chicks", kids, friends etc. for Moose Drool and Nachos..or soup, latte', coffee...whatever.
Posted by Bradly O. at Thursday, January 27, 2005 No comments: 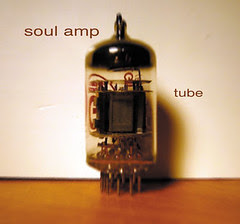 Soul-AmpTUBEcov
Originally uploaded by bodland.
Well I downloaded the templates for various CD jackets/sleeves and inserts from DiskMakers to start tossing around ideas for the final graphics for the upcoming CD.

Playing with "tube" idea as cover I tried a few thing in PhotoShop. I have some ideas that we'll to take some more photos to realize...super secret ya know...
Posted by Bradly O. at Wednesday, January 26, 2005 No comments:

M1 and I finished this up last night selection a range of songs that we felt sounded good together. We'll be selling these at the Main Stage and Sprizzo gigs for $5. This weekend in Waukesha.

The seven song disk is yet another step along the way to our completed album. It is likely that these versions will only be available on this disk.

If you lucked out and got the first prototype why stop there...come and get this one too...

I personally really like this little disk. It shows the progress the band has made musically since November. There are three new songs, Flowing On, Beautiful Painting and Turn Out The Morning.(new to us) on the disk and it's cool in that they are really fresh recordings made moments after the songs came together, probably the third or fourth take.

I am digging these new tunes as they revealed that we have broken through some hidden self imposed boundary and we started opening up some new sonic territory. Specifically in Beautiful Picture there is some really interesting stuff happening there it's dark and sweet. All in all tasty disk and a great step toward our finished album...

I was holding a pre amp tube (12ax7-c Groove Tubes) I bought and was admiring it as we waited for the track to processes the mastering effects. Mike said "lets take a picture of that...".

As I thought more about it seemed tube was a pretty name for this collection.

We all live in tubes of sorts.
Well rounded and confined.
In our own little columns of influence.
tube junky
corporate silo climber

Time On My Hands
Banner Day
She Slit Her Wrists Again
Moves In For The Kill
Turn Out The Morning
MOre Than I Asked For
Sealed Away
New Day
Summer Holiday
Jamie Says
Posted by Bradly O. at Monday, January 24, 2005 No comments:

Seems there is some sort of thing happening on MKE online...they were looking for local bands to submit a "break-up" song. So we tossed them She Slit Her Wrists Again, not exactly a little ditty bout Jack and Diane more of a "whoa...what's up with that.." you can download it here.

I guess this makes this our first...internet freebie release. Make sure you come out and hear it live sometime. 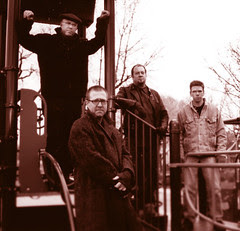 Soul Amp is unique; the music is rich with experience and draws on a great variety of influences. The song-based sound is deep and warm with dynamics that set this four piece apart. Their tunes are soulful and challenging while being delightfully musical, at times heavy and other times wildly light and fresh. Mature listeners and music fans will appreciate Soul Amp as they pay homage to the texture and depth of sound once thought lost in our mostly digital instument music world. They are indeed the soul amplifiers for a generation that grew up through the 60's and 70's. This group of four late "boomers" will bring to your festival or club a welcome diversion into the sounds that define what rock music is and was. 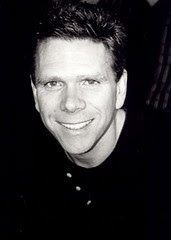 Mike hails from Colorado and is a self-taught piano player from early childhood. Mike has been in and around music for years as a composer and band manager. He co-wrote songs, produced and managed a popular band while in Colorado and produced his own album of instrumental piano. He is a prolific writer, "tech-geek" and brings a wealth of ideas to Soul Amp. In Soul Amp Mike comes out form behind the scenes and brings his talent to the stage. Mike sticks to traditional sounds. He utilizes a vintage Hammond organ, Wurlitzer electric and Yamaha Grand pianos in the studio and for stage plays a Korg Hammond tone wheel clone, Kurtzwiel PC2X controller and a vintage Wurlitzer. While working their day job, Brad and Mike frequently discussed their joint musical interests. Their conversations led to the conception of Soul Amp in 2004. 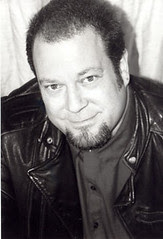 After meeting Brad at an open mic session Mike Joined Soul Amp in August,2004. He has played drums since 1972, professionally gigging and recording since 1980. His credits include regional touring band Tiger Rose, punk band Barking Spiders, alt rock band E'Gad and blues guitarist Jon Moore. Mike plays vintage Ludwig kits on stage and in studio. Soul Amp needed a drummer that could draw on a rich exposure to many forms of music without fear of experimenting with unusual beats and timings to accent the tunes. Mike's creativity is unflagging and as time went on he found that the music being made was indeed as he put it "amplifying my soul, it's my soul amp". Mike brings a great deal of skill and enthusiasm to Soul Amp and he and Steve are quickly becoming a rhythm section admired by other musicians. 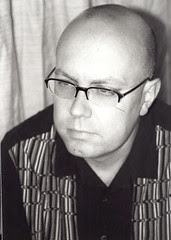 Steve comes to Soul Amp from 25 years of playing rock, pop, top 40 and jazz. He started playing bass guitar in high school and since then has played with big bands, solo performers and a range of small-stage acts including the many performance groups while in music school. Some of his most successful gigs have been with Flat Rabbits, Pulse and U2Zoo. Steves primary influences are not only world-renowned bassists like Jaco Pastorius, Marcus Miller and Darryl Jones but also artists from other disciplines such as Joni Mitchell, Miles Davis, Joan Miro and Frank Lloyd Wright. His philosophy of playing is simple: know the song, listen to the players, carry the bottom line and always be willing to express yourself. Steve plays on Brian Moore 5-string, Fender Jazz 4-string fretless and Ibanez Musician 4-string basses and uses Eden amplification.
Posted by Bradly O. at Tuesday, January 04, 2005 No comments: 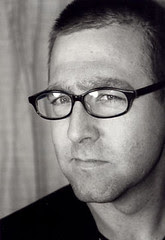 Brad started playing guitar in 1974 and has been playing and writing original material since 1985. While living in Minneapolis he joined the Landsliders as lead guitarist and backing vocalist. The Landsliders released a 6" EP and played in the region through the late 80's and early 90's. In 1990 while still gigging with the Landsliders he formed the power trio Frozen Soul and they wrote over 50 original songs over a four year period eventually releasing the cassette "Contemporary Music for Neanderthals". Brad moved to Madison, Wisconsin in 1995 and went "back to nature" for 8 years playing solo folk and original bluegrass. After Handful of Grass parted company in 2003, Brad looked to return to rock music.

In early 2004 he began working with keyboardist/songwriter Mike Fisk and together they found a common musical sense. Brad and Mike focus on lyrics that reflect experiences from simple slice of life tunes about relationships and love to darker explorations of loss, war and politics. Musically Brad draws on sounds from four decades of music including rock, pop, punk, blues, reggae and Americana and brings this experience to bear with the members of Soul Amp to sculpt a fresh sonic experience.

As a guitarist Brads understated playing style is simple but rich with emotion, texture and tone. His voice is soulful, personal and draws on years of singing folk, rock and bluegrass. Brad plays Fender Stratocasters through a modified 80's vintage tube Fender Champ 12 and 70's Fender 2x12 cabinet without effects. His playing relies on analog tech to milk the sound from the wires. Un-fettered by effects the true sound of the guitar and its player sing true.