Summerfest Update and other NEWS...

We've been put on "standby" for Summerfest.

If other acts on the "accepted" list can't make the gig or get a suitable slot then we could the nod.

Not that I am hoping any singers choke on their barf, or a drummer loses an arm or guitarist racks up their Lamborghini on a beer run, but if they do they can rest assured that the show will go on....and we'll be playing it.

As for all the Listening Room pix, we sat down and listened to the tracks for the upcoming CD and each took notes and critiqued the mix. So starting next week the mixing will begin. 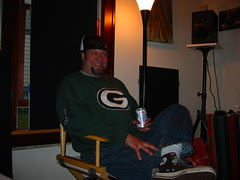 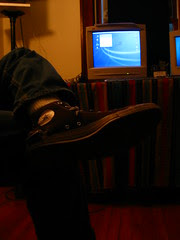 I didn't know they made Chuck Taylors for gunboats...
Posted by Bradly O. at Friday, May 20, 2005 No comments: 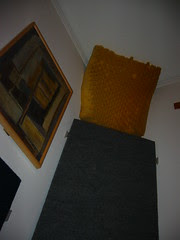 Acoustic treatment...foam in the corner and trade show booth panel...
Posted by Bradly O. at Friday, May 20, 2005 No comments: 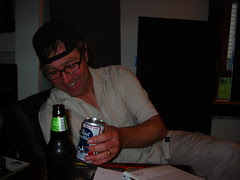 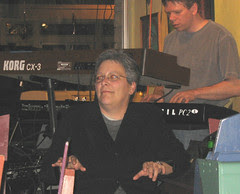 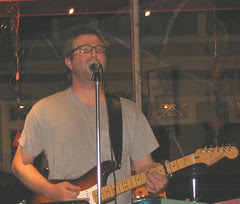 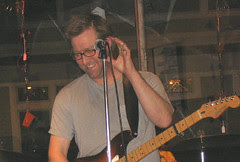 Well I was thinking the other day about what it has takes to put together a decent album starting from scratch. Without any label or producer we have as many have and went the DIY route. Basically building a project studio from scratch from used, scrounged and shared audio and computer equipment....plus a fair amount of money and time. (The biggie. If you don't have them your screwed)

Over the past year I am not sure exactly how many man hours have been put into our first disk but it is going on an estimated 1560 hours (65 - 24 hour days) now. That includes time spent songwriting, rehearsing, personal practice, gigging. I based that on about an average of ten hours per week for M1 and myself and five hours per week for M2 and Steve. (that is a low estimate)
In the past few months though I have been hitting upwards of 20-30 hours per week as we are finishing up the last bits of recording and are starting to mix. Where did all that time come from? Well it came from not watching television for one. Getting off the butt and getting to work....it is a lot of work but it also is a lot of fun. (one "plays" music while working on music...)

During that time I rebuilt a new used G4, added a SCSI disk RAID array, tuned and polished and cleaned up over 20 gigs of AudioDesk 2.03 projects and creating a backup routine. Even though some songs we nailed the tone and performance we wanted on the initial scratch tracks other songs have been reworked some what to bring out "Soul Amp" in them. Meaning we are still finding our own "sound" and some songs we would go "oh hey that sounds like so and so..." well we want it to sound like us...at least that is what we hope for anyway, Vaugely familiar yet...different...of the 14 tunes bound for the disk....we wrote about 30.

There has been a lot of reading of manuals and internet articles, In particular for the mastering software we are using. Izotope's Ozone3. As well as AudioDesk's fat manual.

The great thing is that we have our technique down. Which was 3/4 of the battle. We had to figure out how to make our recordings sound the way we wanted them to. There was a lot of experimentation with mic placement and mic selection, drum heads, amplifiers, etc...so going into the NEXT disk....it is going to be a lot easier and I think it will really free up the creativity.

We were careful not to get too bogged down in technology as we went this first time. We played some gigs to break up the routine and get out of the basement....and feel like a "band".

Any folks reading this who are thinking about recording on their own...it is very doable with a minimal amount of expense and a lot of software tech savvy. (three of the four members of Soul Amp are IT workers by day)

But I would make sure you set reachable goals and a plan with obtainable short term goals from week to week. Keep everybody informed and communicate as much as possible in what every way you can. Be flexible but also learn to say "when" on songs. If it sounds bad it probably is. If it sounds good it probably is. Garbage in - garbage out.

Get good tone and use the right microphones. Keep it natural as much as possible. Get solid performances on scratch tracks....because they might end up being "the" tracks. Get your head into the songs and play it through. Punch in only as a last resort. Particularly on vocals. Finish one song at a time. If you have tracks to done on one song get them all done. Coming back a day or week later you might have to take that time to get your head into the song again. And that is wasted time. Plus the tone may be different and getting the same tone will be difficult.

Plan your studio time as much as you can. And communicate how the recording is going to proceed.

Above all focus on the songs, write them and record them as soon as you can to keep that "just baked" freshness...
Posted by Bradly O. at Wednesday, May 18, 2005 No comments:

How Soul Amp got started...(M1 speaks)

The following email is the exact moment when Soul Amp got started. I just happened to be scanning through some old emails and found this one from last year. It's pretty cool that this message captures the moment in time when the seed was planted. It has grown into an entity that is a major part of our four lives.

Brad and I have been friends for many years and just last year got together to work on music. Over the years we've talked about what we liked in music and I was always interested in what he was doing and had done musically. And I shared some of my music with him. I also thought that he could create an extremely important work that the world could enjoy and I encouraged him to do that. What I didn't know is that I'd be a part of it.

I don't want to get stupid and gushy (any more than I just did)...especially on our own silly blog.... but....

Thank you Brad for getting this started!


Can you make a keyboard sound like a Hammond b3?

And also what's up?

I got a new guitar. Fender Strat....very cool.

Sailing is coming up. I'll be sending a notice to folks past and potential future. Looks like we might stick to Thursday. Fun to hit TNC after sailing....or tuesday....liked tuesdays too.... 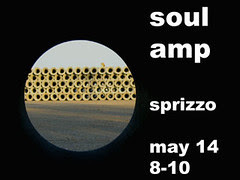 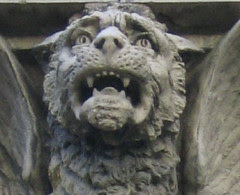 "In our time the battle's on.
A soldier's blood
runs in the sand.
A child's hand
gathers in a fist,
It's another stab..." - Division 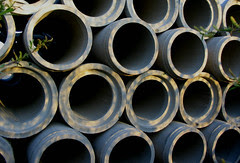 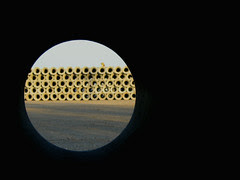 "We live in a tube shaped life...waiting for our strip
mall heaven to arrive" - Throwing Rocks at Cars