The Falcon -- Milwaukee, WI sailboat stranded on the shores of Lake Michigan

Sailboat in Milwaukee, WI stranded on the shallows of Lake Michigan moves closer to shore 11-23-2007 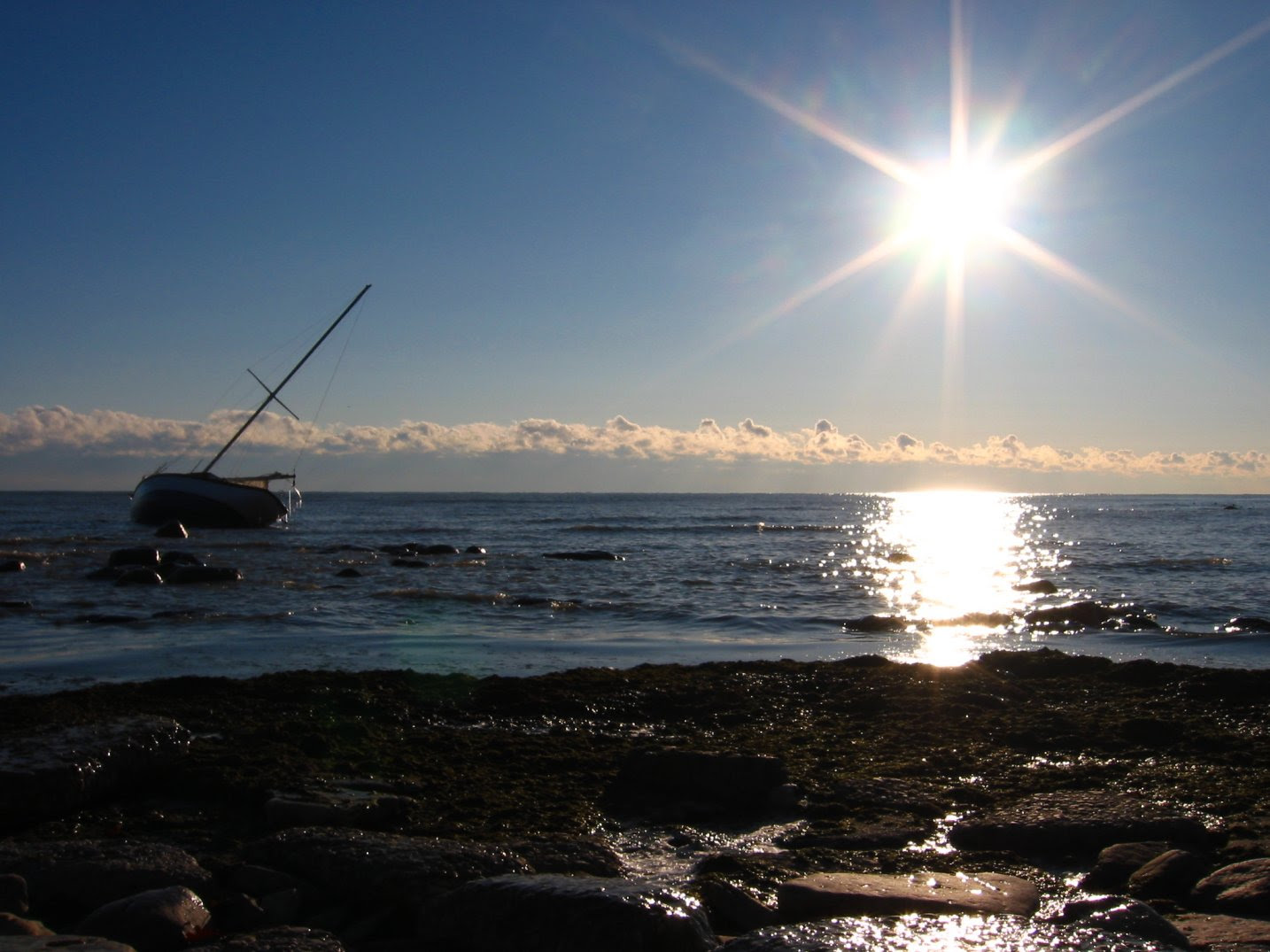 I took this pic this morning. I'll post more soon (I may go out and take some more pics of it tomorrow, since my batteries ran out this morning and I had been neglectful about charging). It was cold this morning; about 17 degrees Farenheit. You can see some of the ice on it. If the ice forms out from the shore later this year, we'll be able to walk out to it and then it'll get destroyed by ice and vandals.

This is a sail boat that got stranded on the shallows just North of Bradford Beach on October 30th, 2007. Brad saw it just after it got stuck and the individuals were still onboard. He contacted the coast guard. Click here for his account of the story. There's also a story about the boat on JSOnline here. Turns out this guy named Pavel Bernek was restoring the Falcon, a 1950s era boat, and was planning on sailing it across the atlantic. It appears the boat has moved considerably closer to shore now since the 11-15-2007 JsOnline story (perhaps due to the windy days we had last week). In the story it was pointed toward shore as quoated here "She is ironically being cradled by the very demons that ended her life. The wind and waves have now turned her bow toward shore, as if to say I want to go home, won't somebody please rescue me from this fate."... Now it's point lake-side and appears to want to sail away. I hope they find away to at least salvage some it..... 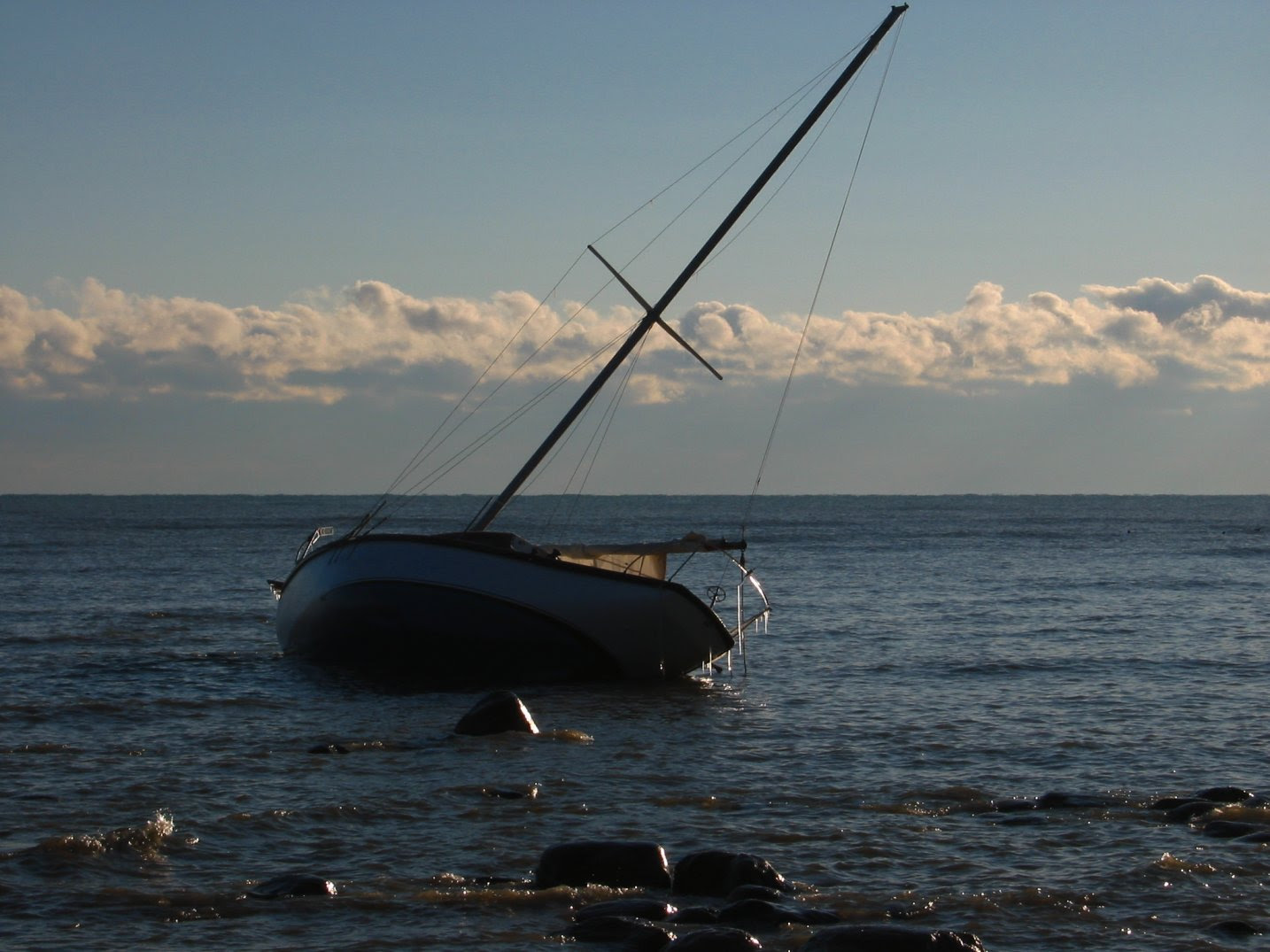 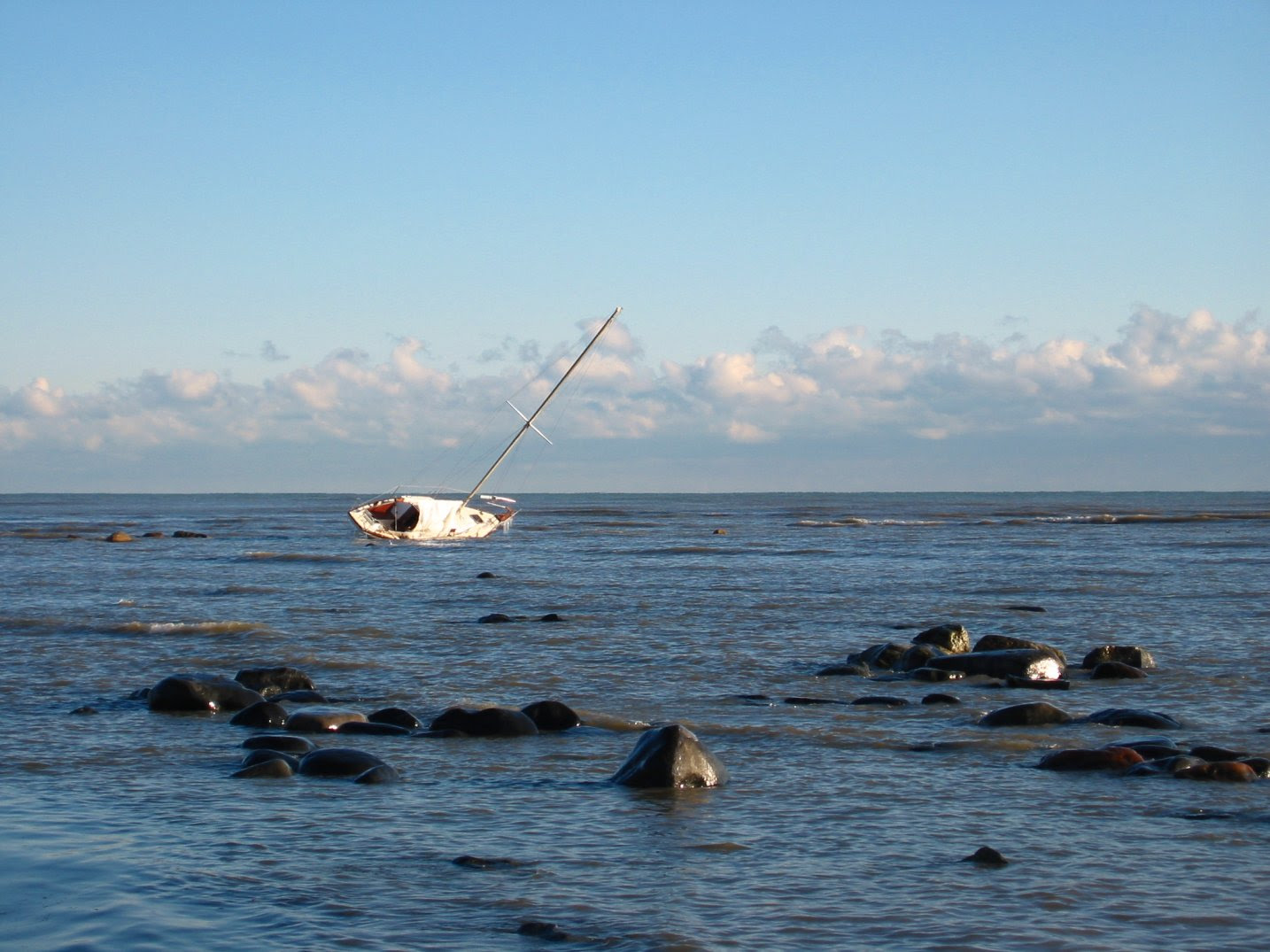 Milwaukee sailboat stranded in shallows of Lake Michigan turns around, but moves closer. 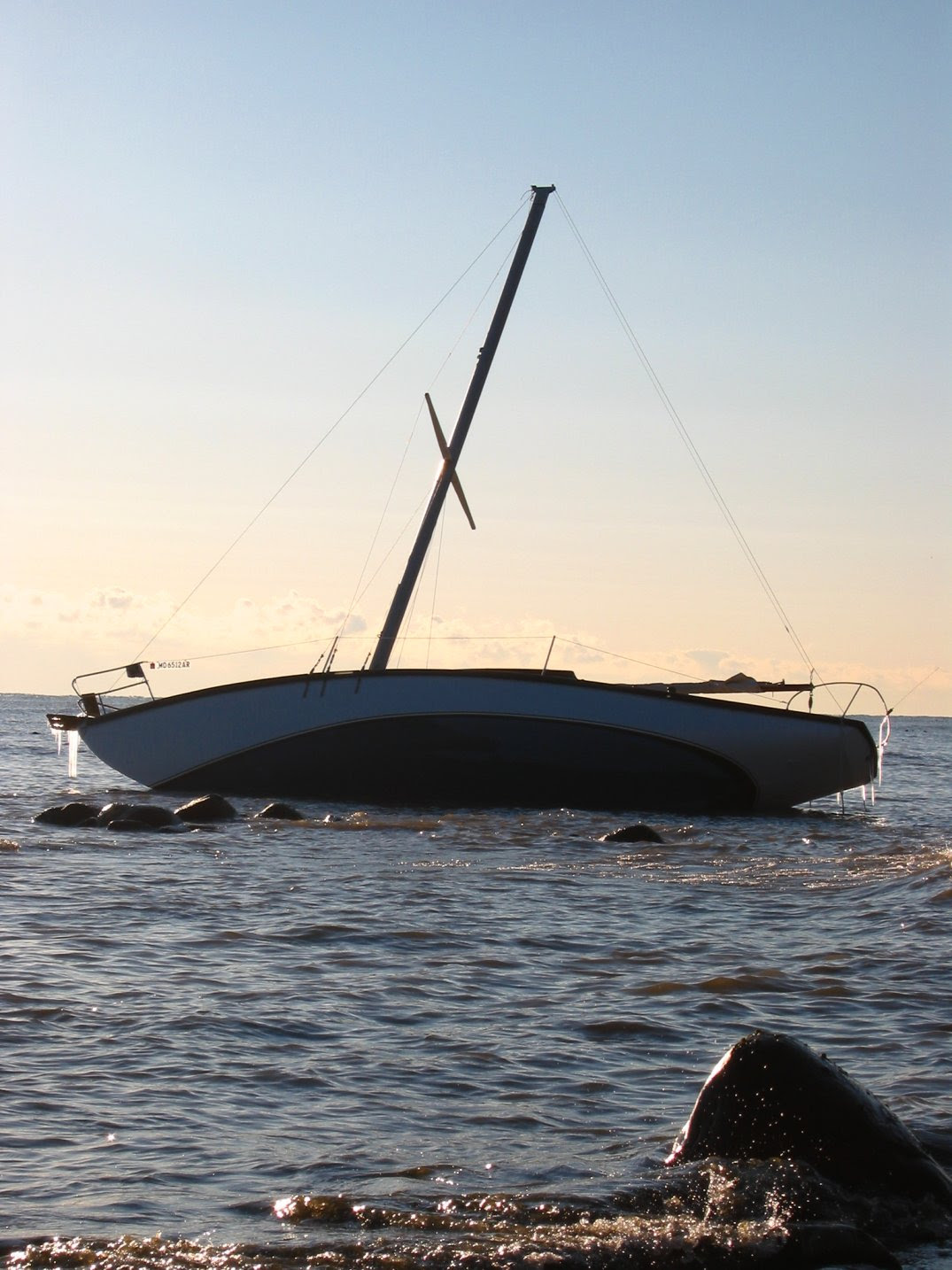 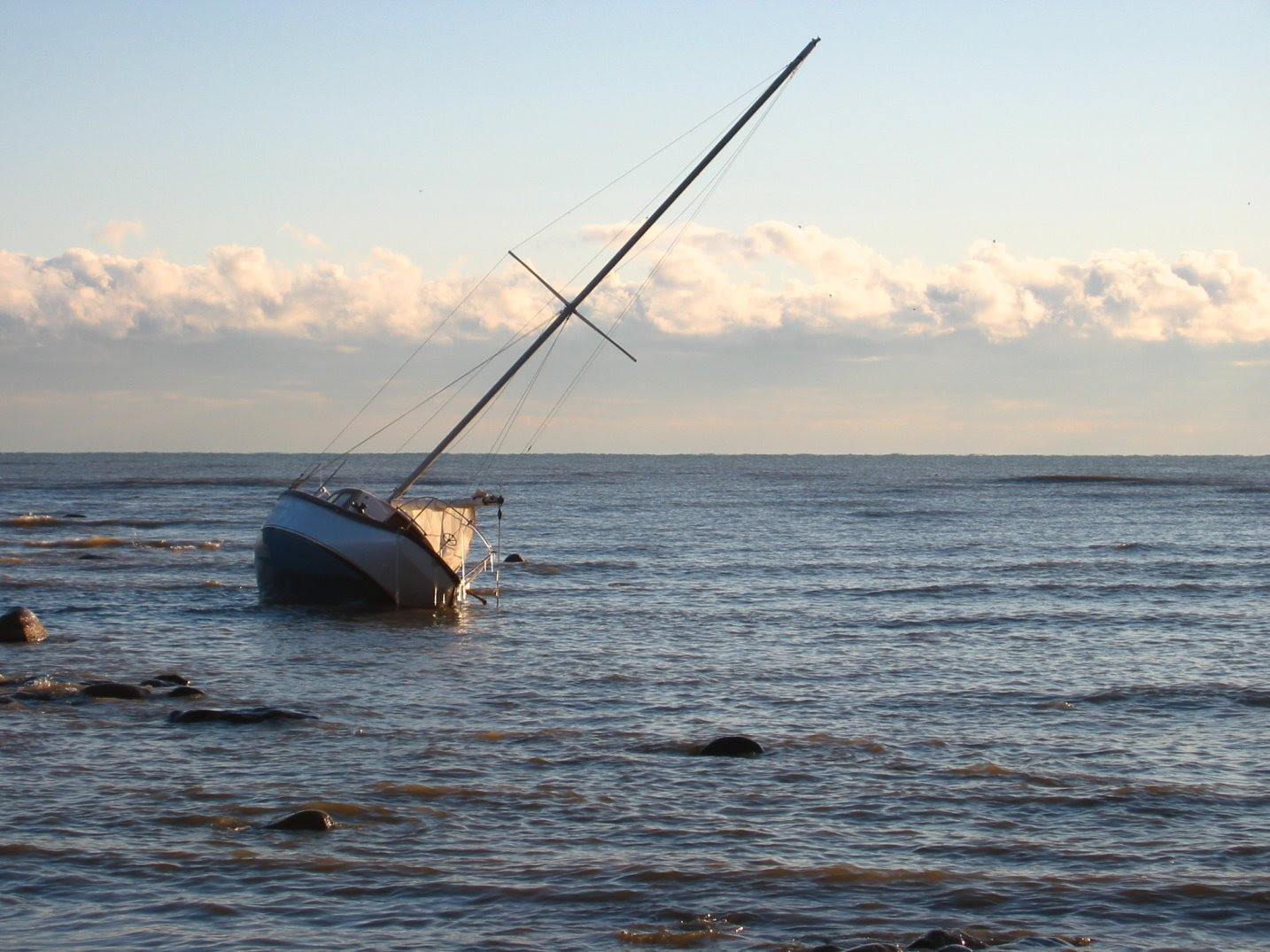 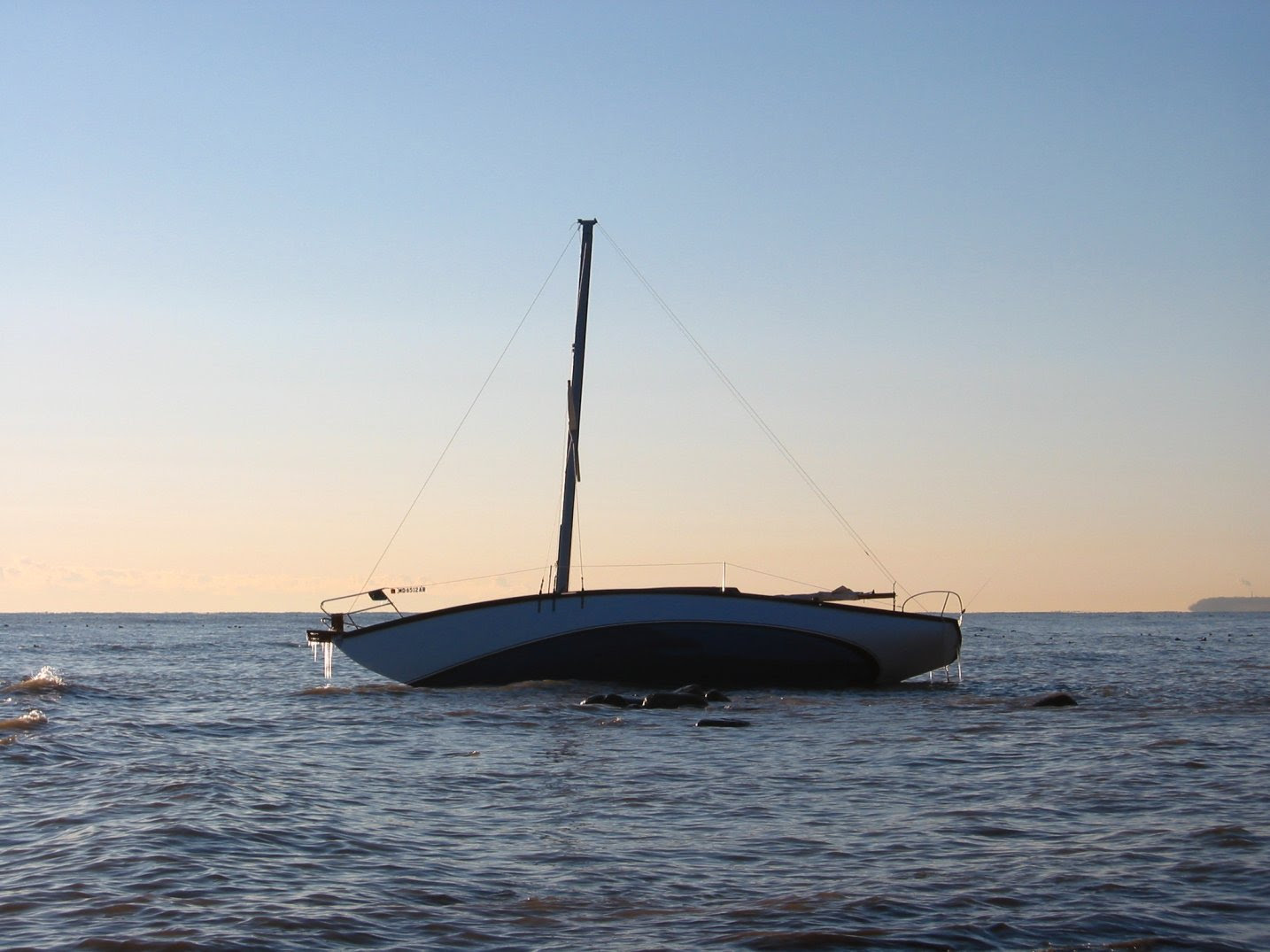 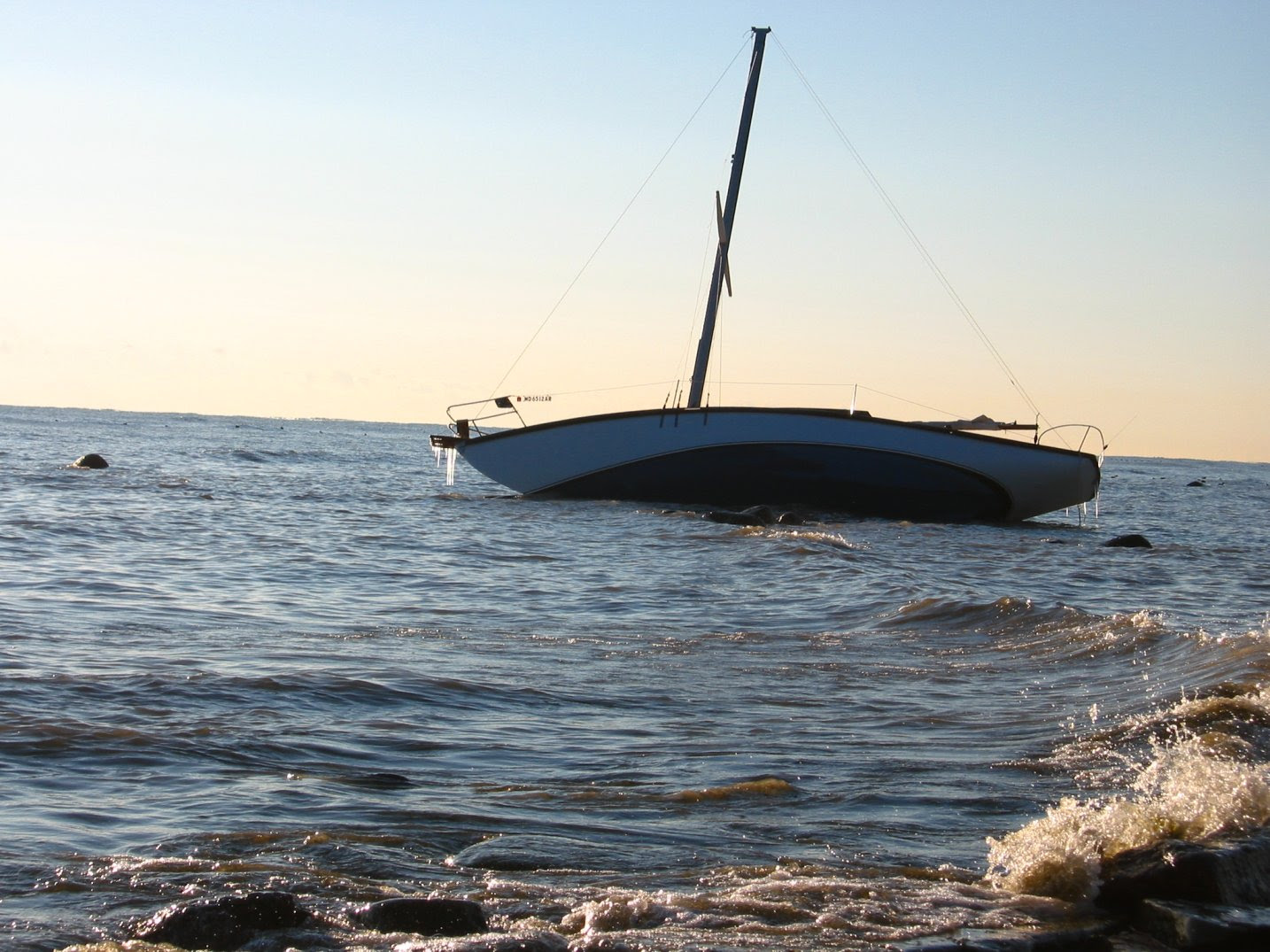 And a sailing song:

Hello, I'm doing an article about Falcon for a regional sailing publication and would like your permission to use one of the images on your blog. My deadline is end of the week. Please let me know.

Feel free to use it. Please indicate that the image is used by permission of Mike Fisk (http://soul-amp.com). Thank you.

Thanks, Mike. Will send a link when the article is posted.

Mike, your images appear with my article "Falcon's Hope" in the Oct 2011 issue of Spinsheet Magazine. Thanks!