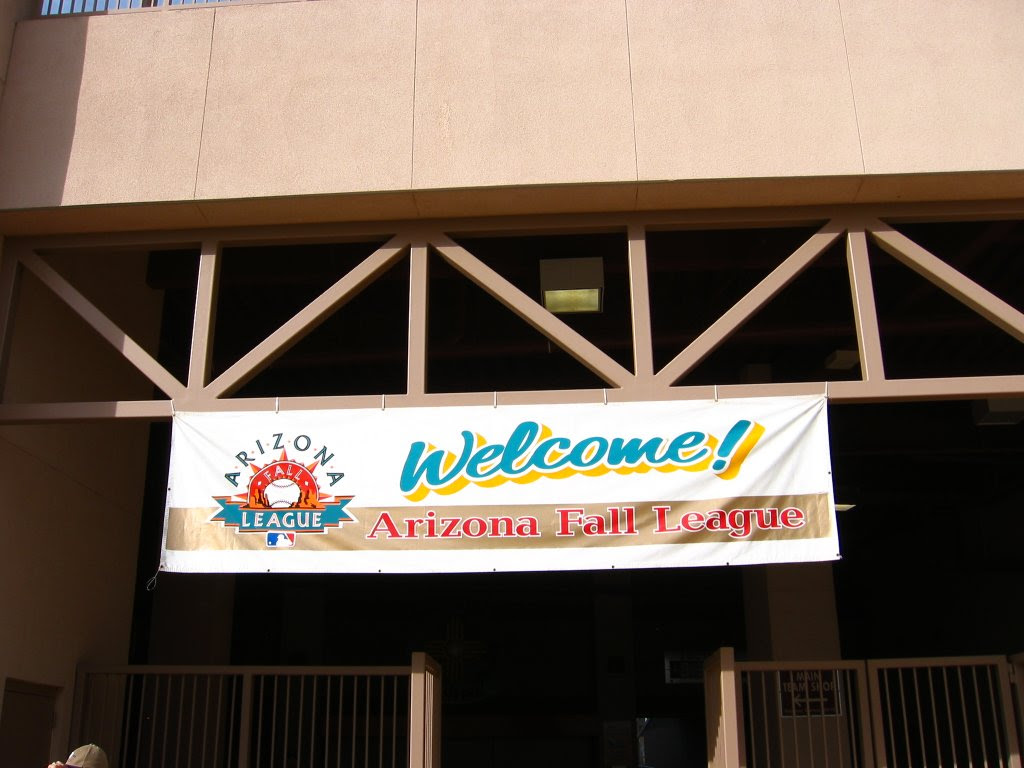 On Monday I was in Arizona hanging out with E and some friends and we were able to catch most of an Arizona Fall League game. Very cool to see baseball in mid November. This is a "winter" league for minor league players. There are 8 teams that consist of players from all of the MLB minor league farm teams. The league is invite only and the players get to wear the uniformas of the MLB teams they are affiliated with. The team that includes Brewers players is the Mesa Solar Sox. They play at Hohokam Park in Mesa on the Dwight W Patterson Field which is the winter home of the Chicago Cubs (who suck): 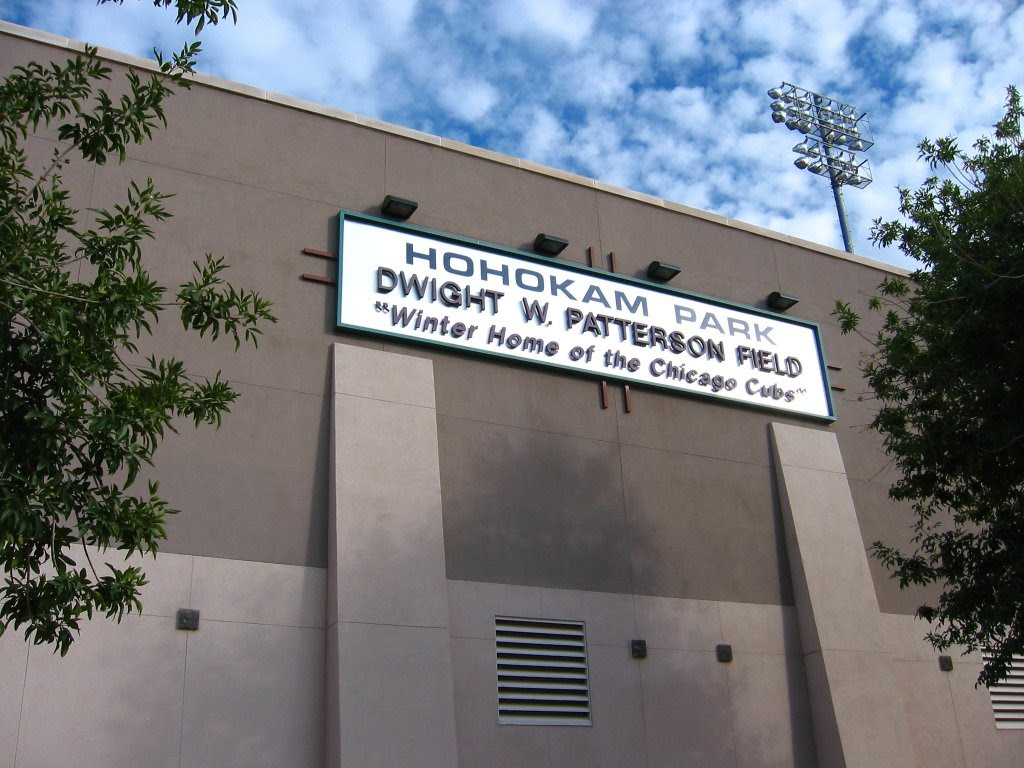 Some of the up and coming minor leaguers we got a look at include:

Dave Johson - pitcher. MlB (in this case my friend's initials, not major league baseball) says that he throws junk.... but I think he pitched all right. 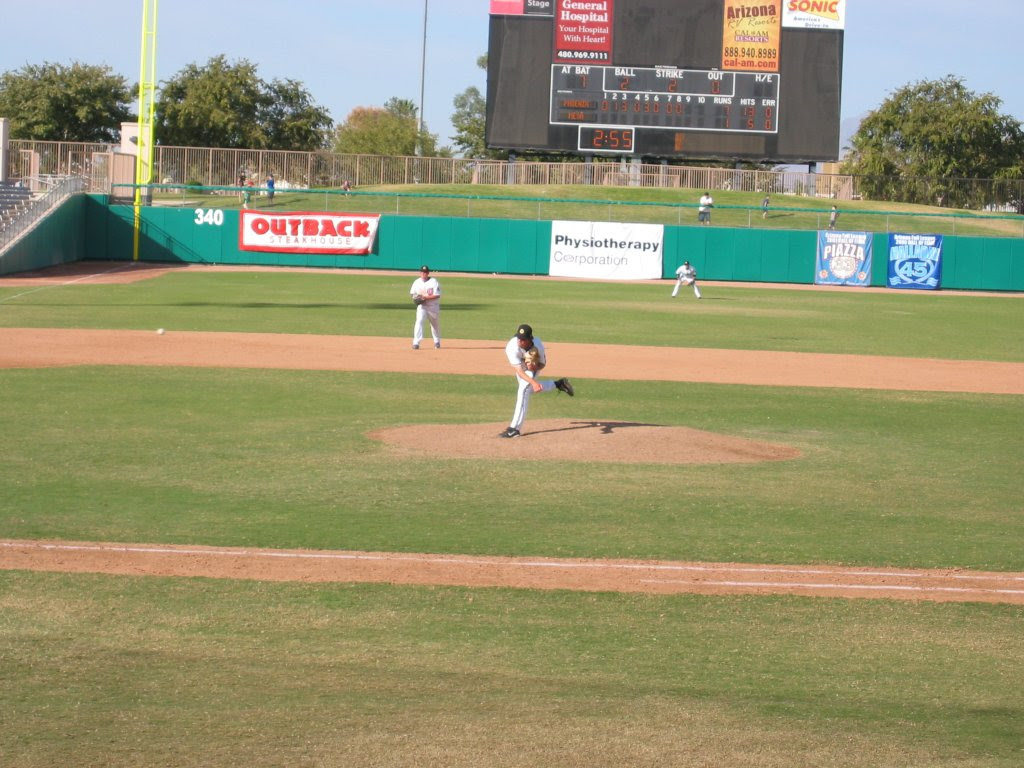 Mitch Stetter - pitcher. He's pitched some for the Brewers in some major league games last season. 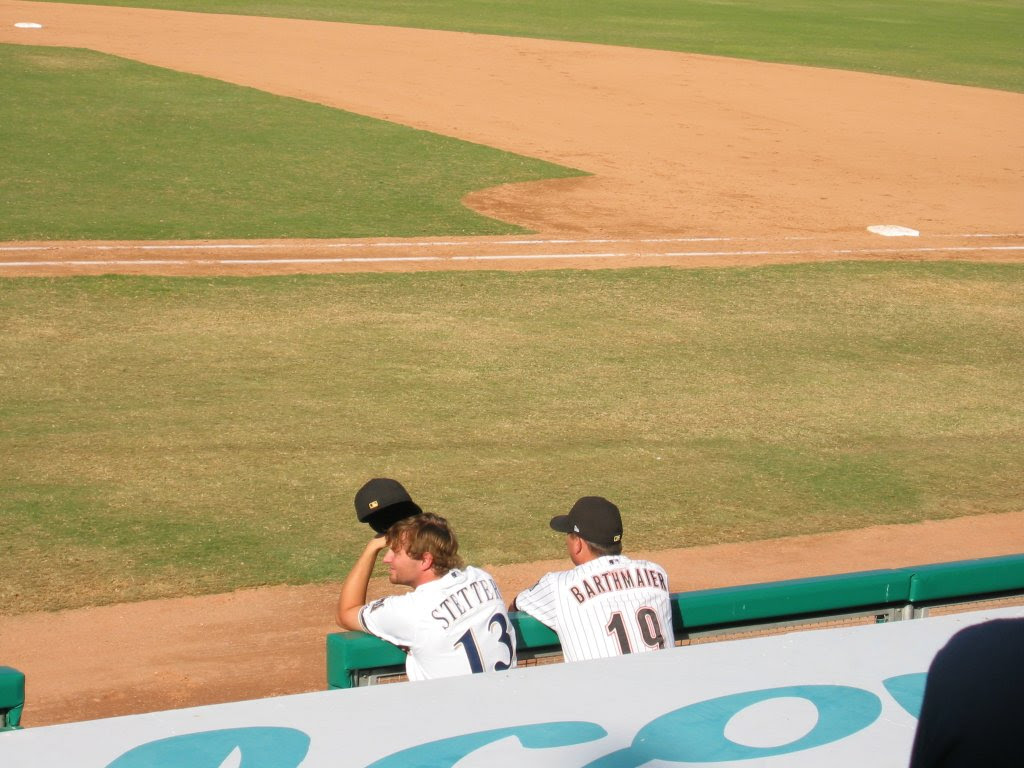 Lou Palmisano - catcher. Back of his head. 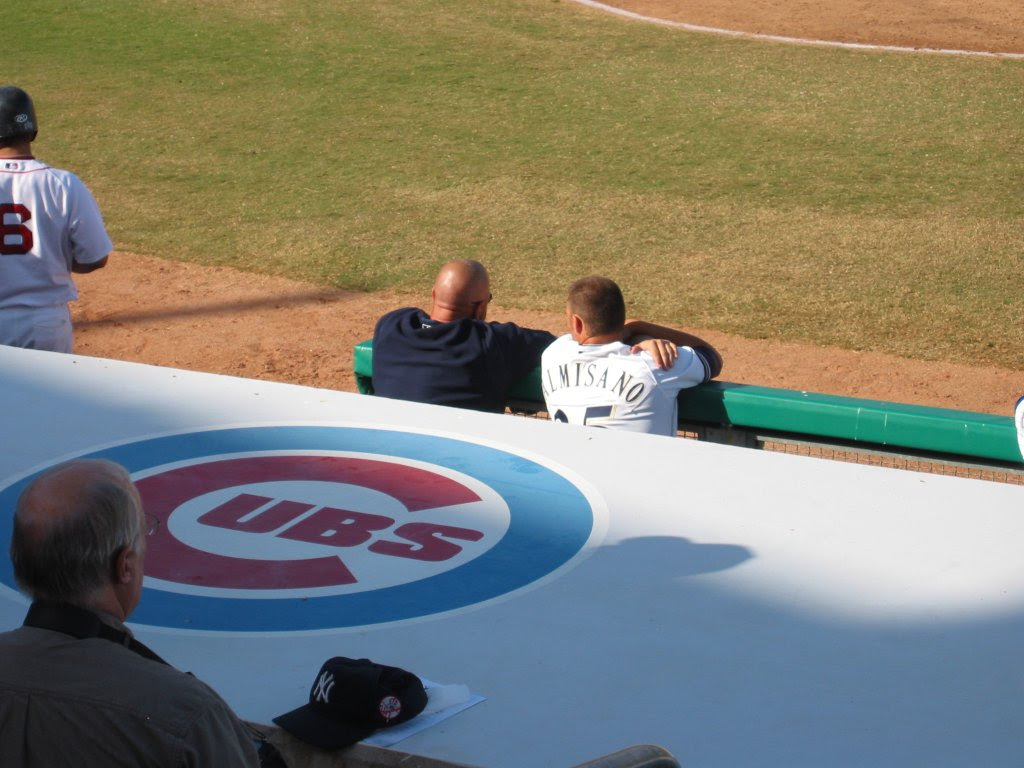 Here's Lou coming off the field after catching during the pitcher warm up. 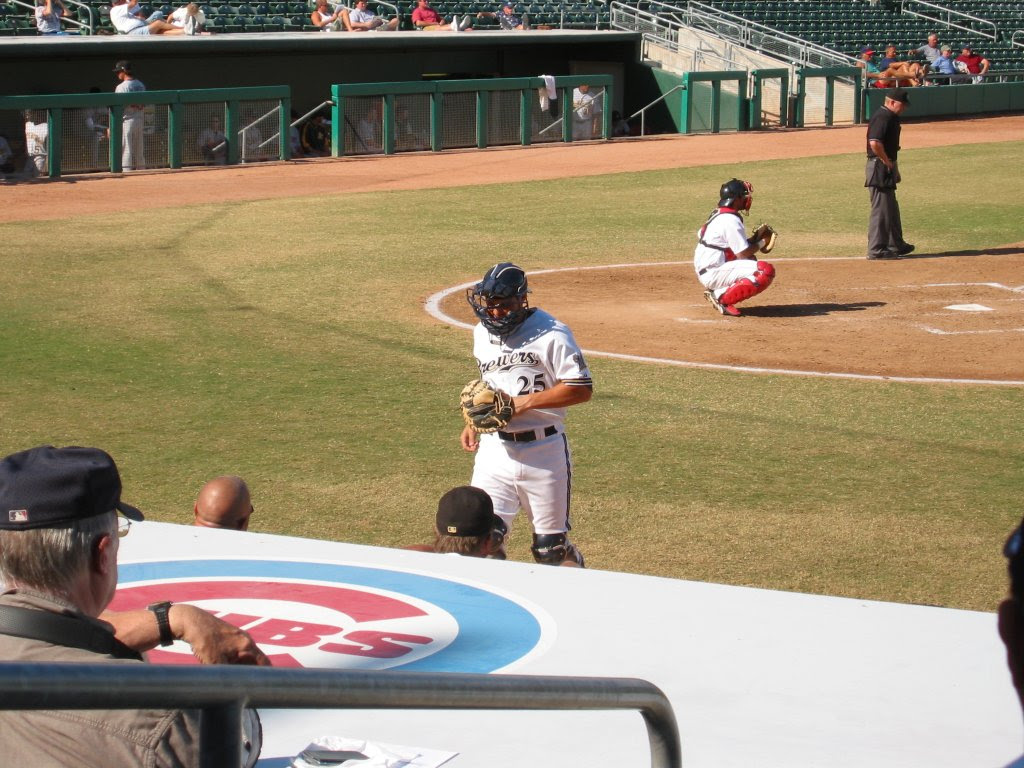 Here's Matt LaPorta. He's one of the Brewers' top prospects right now and a lot of people think he'll be replacing Geoff Jenkins next year. We were able to catch him smacking a home run (the only run for the Mesa Solar Sox that day). Click here for better pics of Matt LaPorta. 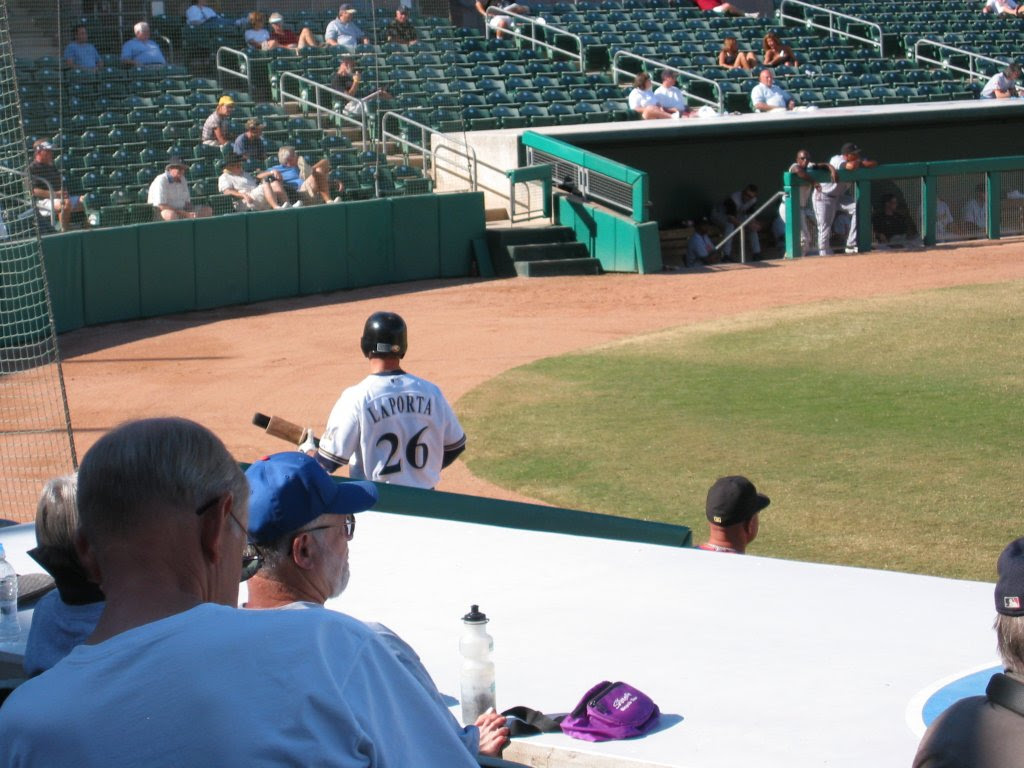 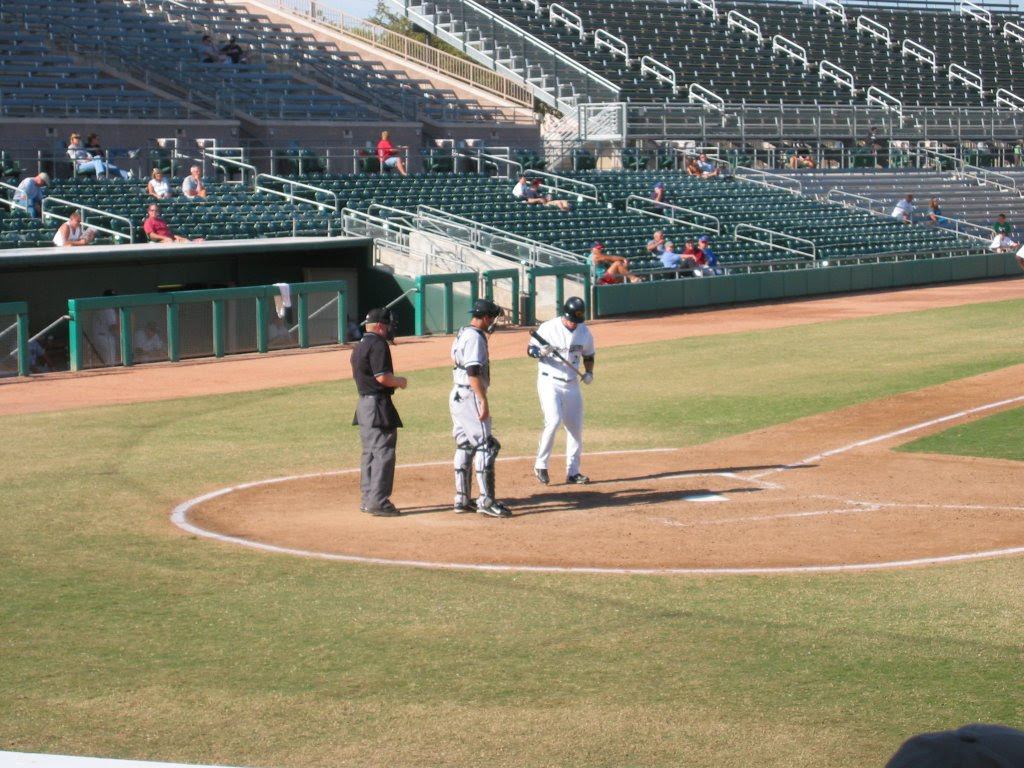 Matt Laporta getting ready just before he hits a home run. 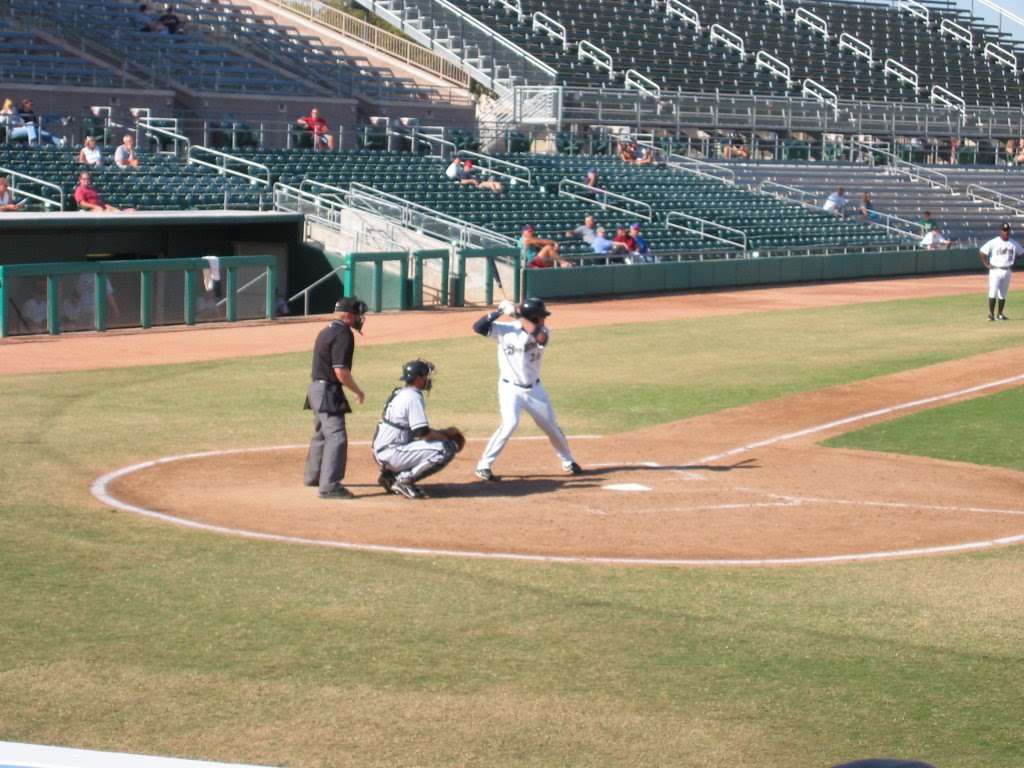 Here's Matt Laporta hitting a home run on 11/12/2007 in the Arizona League for the Mesa Solar Sox. 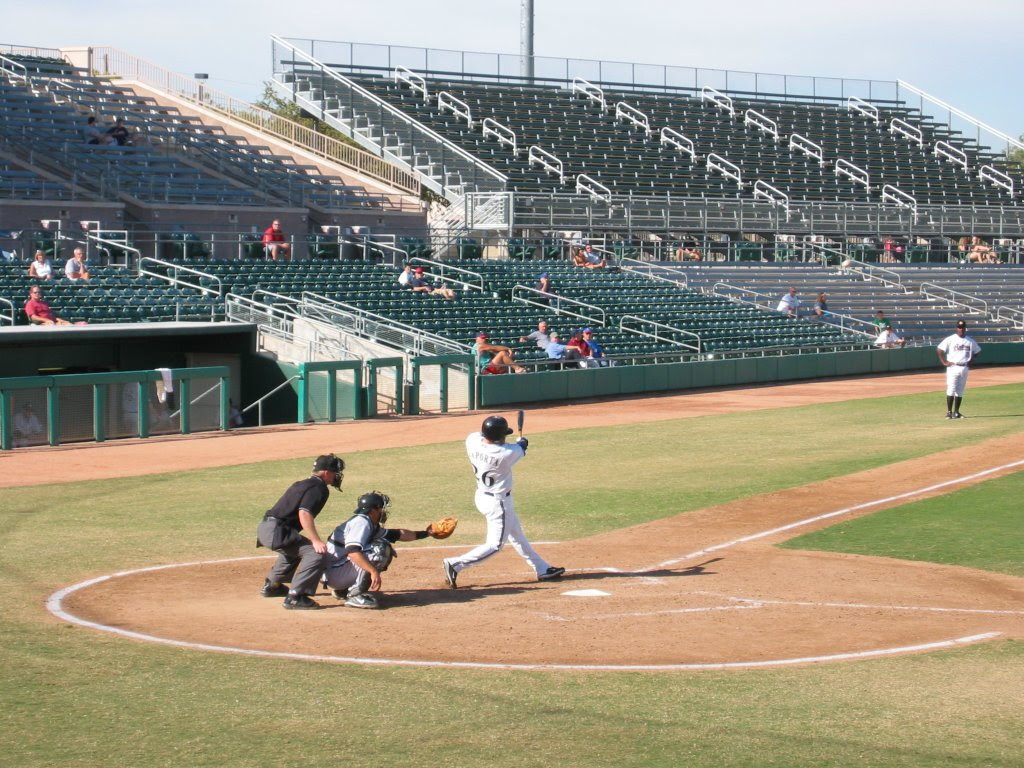 Here's MlB pointing out some stupidity on the field: 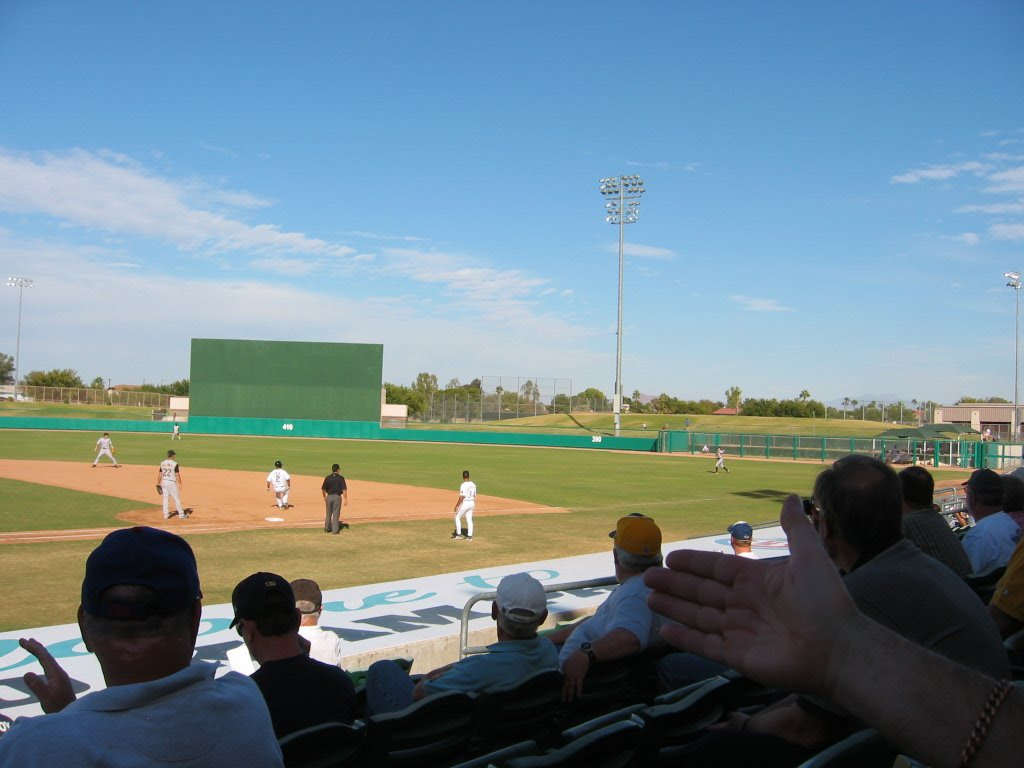 Have a great weekend!!! I'll post more music early next week... so watch out!