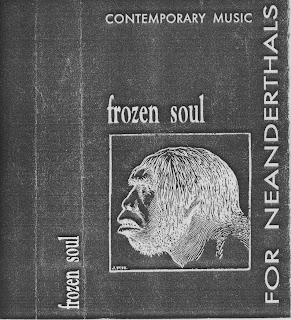 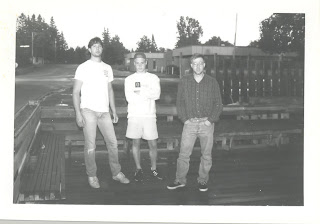 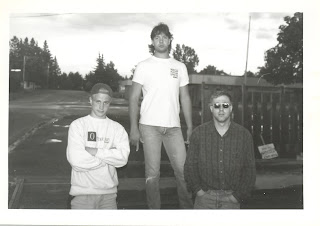 Frozen Soul was formed in 1990 in Cable Wisconsin by three skiers. Myself, Brad Odland, Kirk Williams and Brian Benedict. Kirk and I were members of the pro ski patrol at Mount telemark resort and Brian was a member of the local high school ski team.

The band came together and started practicing in a unused apartment above my garage. I recruited Kirk after a night of jamming during a Halloween party and Kirk recruited Brian by spring we were writing songs. The first song we wrote was Jamie Sez.

We continued to write songs for the next two years. Playing gigs and partying we put together three sets of original material. that was Frozen Soul I. In 1993 Kirk moved to Florida and Brian moved to Minneapolis. One year later they were back in cable and we started playing again. We finished in 1995 after a series of gigs and with Kirk moving to Mukwanago, Brian to Missouri and me to Madision.

Linked is the only multi-track recording we made in 1991...recorded at the then Town Constables office, Brian's father was the town Constable for Cable and had a empty room where we set up practice. Later we rehearsed at a large building along county "M" just east of cable then later in the walkout basement of a home on a lake with a 100' vertical bluff down to the lake that we skied on rehersal breaks.

Good time for sure. It was a innocent time for all of us and a rather rich musical one too. Little survives music wise but a few rehersal tapes, a live gig video or two and tape of a full set. We did mangae to play a fair number of wild gigs and parties. We went to Minneapolis and played Fernandos in 1995.

Below is the entire recordings form a sesison to 4-Track that became our first and only Cassette release. 15 copies. the songs were digitally remastered and processed to remove a hideous nouse using Audacity and it's noise removal process. I will in the future post a before and after to show how amazing Audacity works to remove noise.

So for all the folks in Cable who saw us, and rocked and partied with Kirk, Brian and I...here you go....

Take Her To The Church

Why on earth are there no comments. For Christ. Nice write up Brad. Hope all is well. I almost haven't been skiing for as long as your band has been out of it. I still want to go skiing though. Hope at least you do find some time to jam.