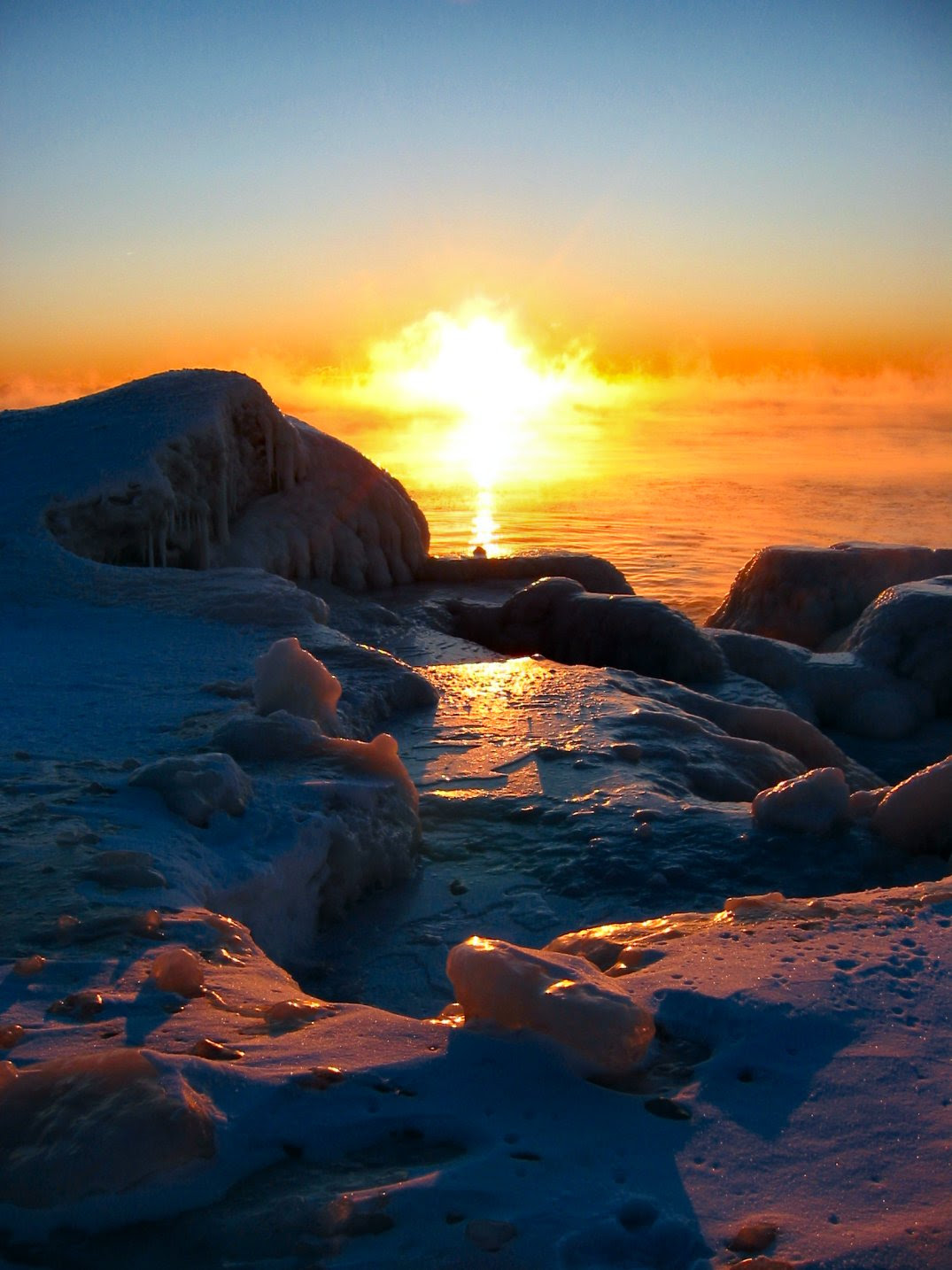 It was -20 degrees Farenheit when I went out to take Lake Pics on January 16th, 2009 at Lake Michigan in Milwaukee. The Airport Temp was -16, but my vehicle's temp gauge said -20 and it's usually pretty accurate. Photos by Mike Fisk 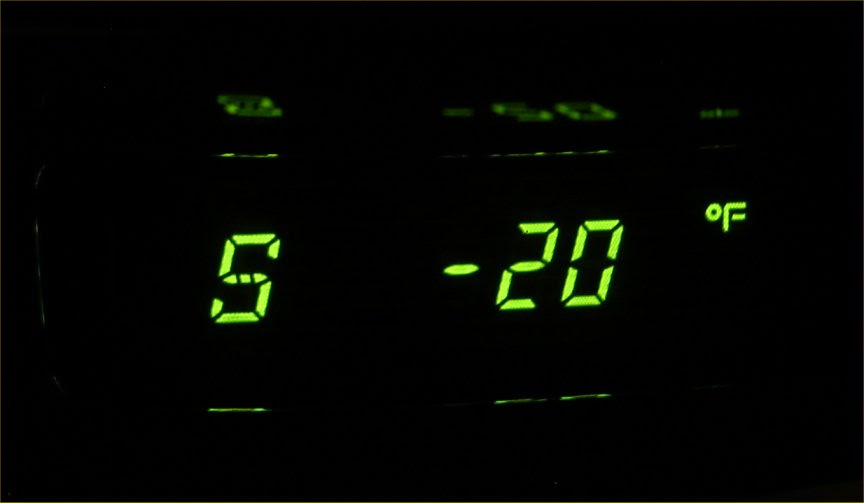 I'm amazed at how beautiful it was on last Friday. Of course it was really cold. I wasn't that well dressed for it. I had on my long john's and boots and all that, but when it's that cold it's nice to have the car near by to warm up in.

Sometimes it's also hard to push the buttons of the camera using gloves, but I learned years ago to never take my gloves off. Even dressed the way I was, my fingers and feet got cold. I moved around a lot and that helped. Today is in the teens and it really doesn't feel that bad and it's amazing how warm the 20s are feeling. So you do adjust some.

Next time, I think I'll put on my ski pants and jacket.

What's so awesome about taking pics on Lake Michigan when it's that cold is the ice and the mist. The lake is warmer than the air so you get a lot of steam. When the sun shines through it, it looks like fire.

So here's more pics from the coldest day in Milwaukee, Wisconsin, so far. These are taken at Bradford Beach just North of Milwaukee. I have more and I hope to get the rest posted by the end of the week.

Golden Sunrise in Mists on Lake Michigan at Sunrise on the Coldest Day in Milwaukee so far this season, January 16, 2009...Just North of Bradford Beach. Photos by Mike Fisk 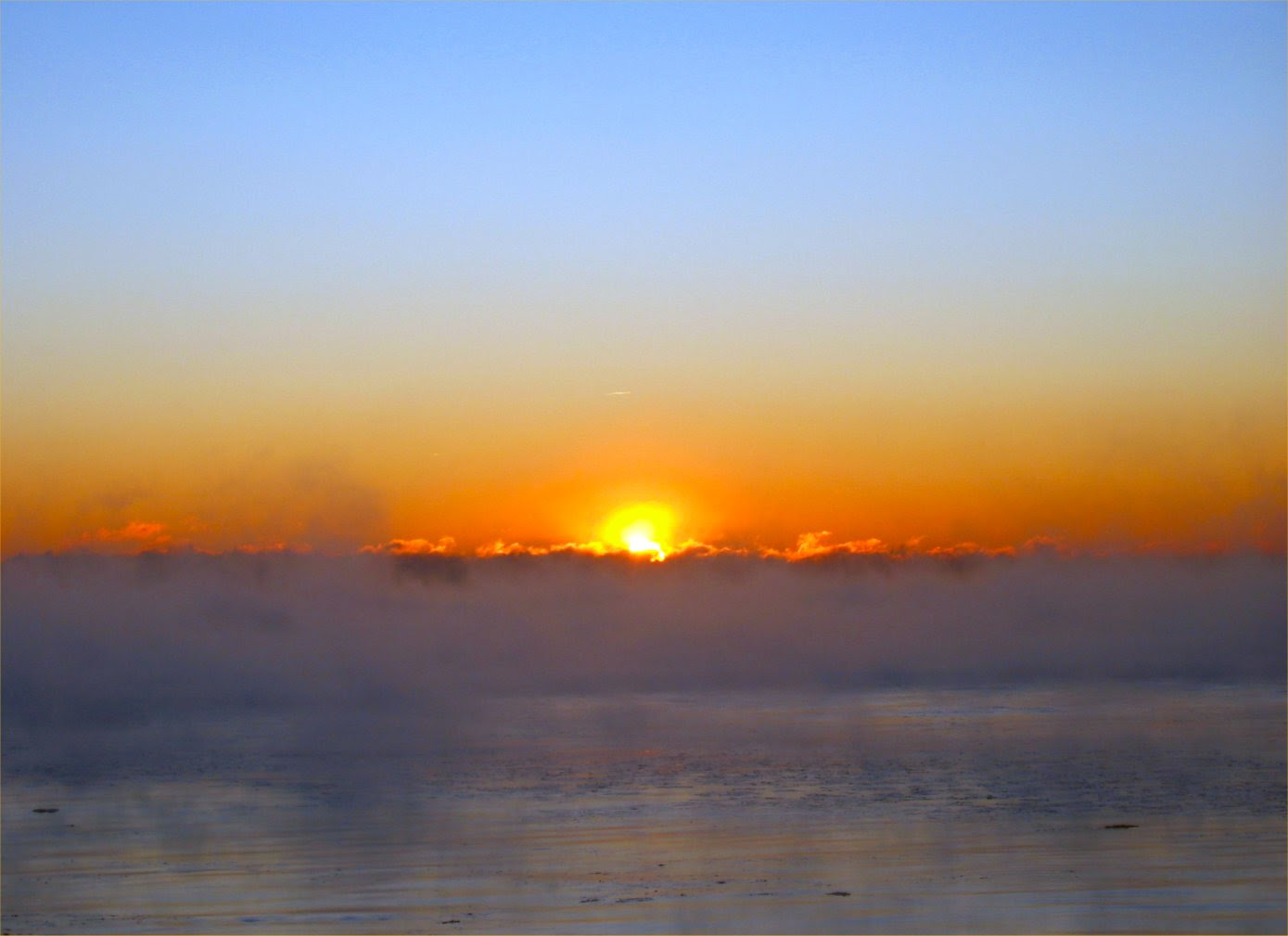 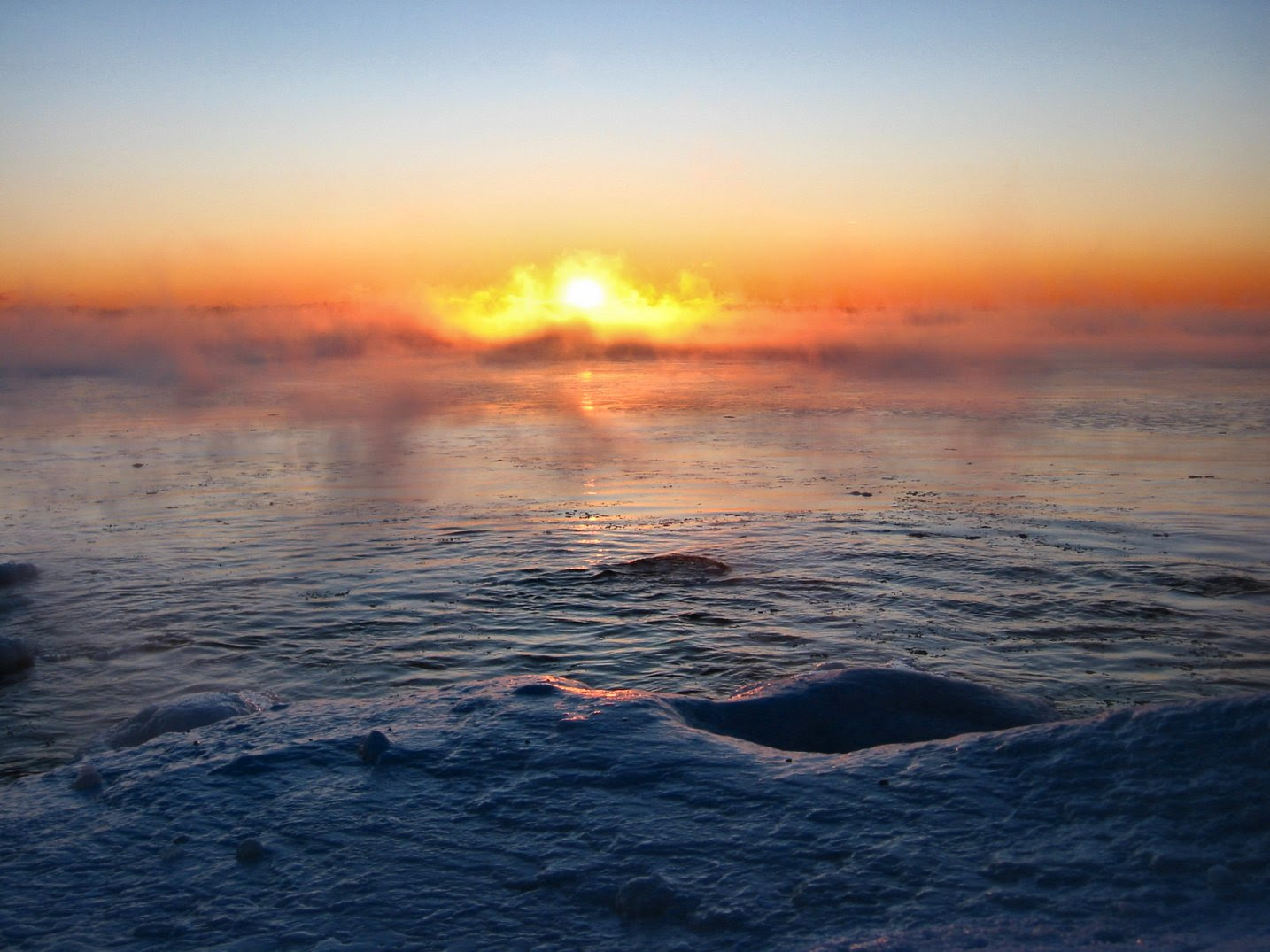 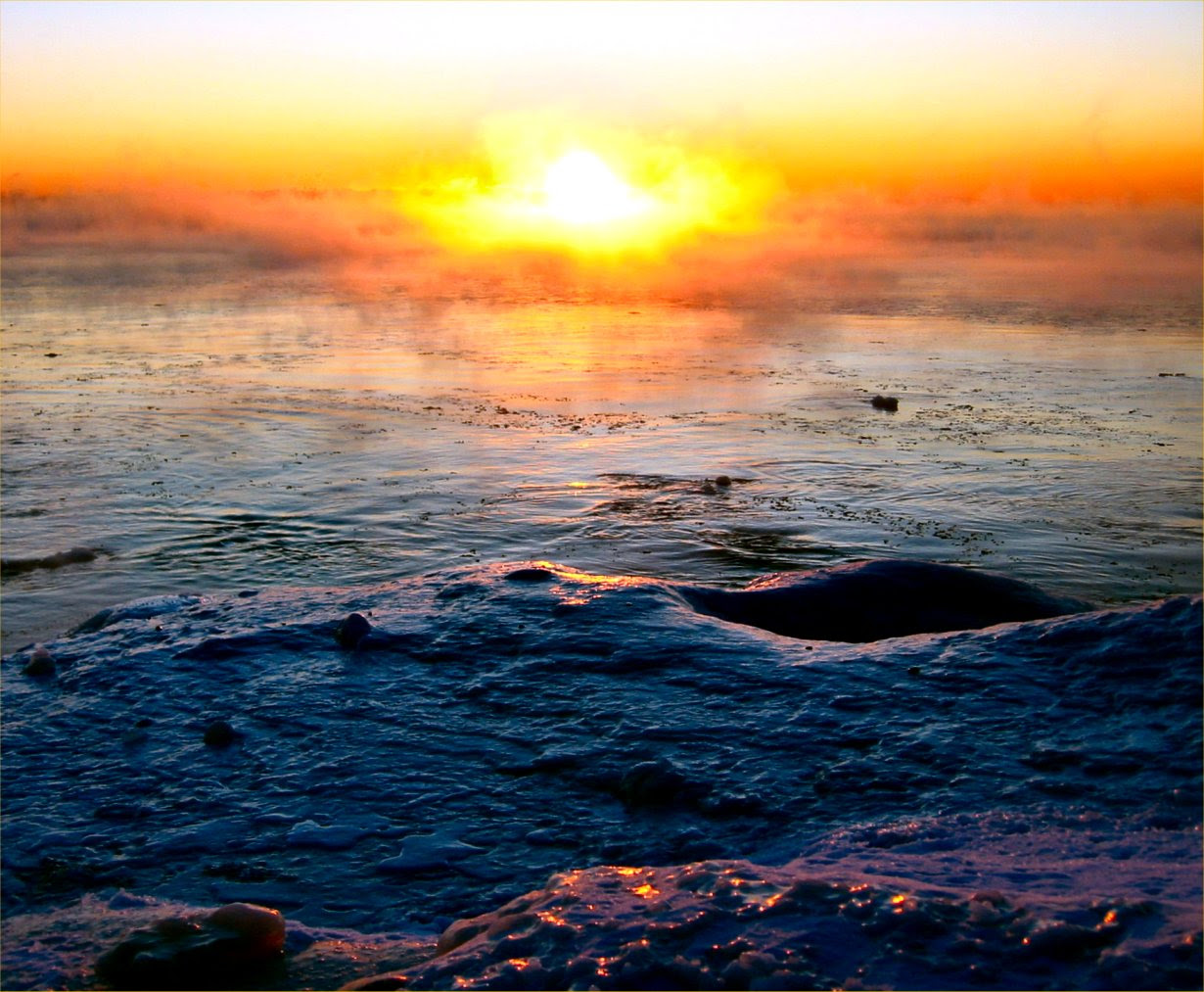 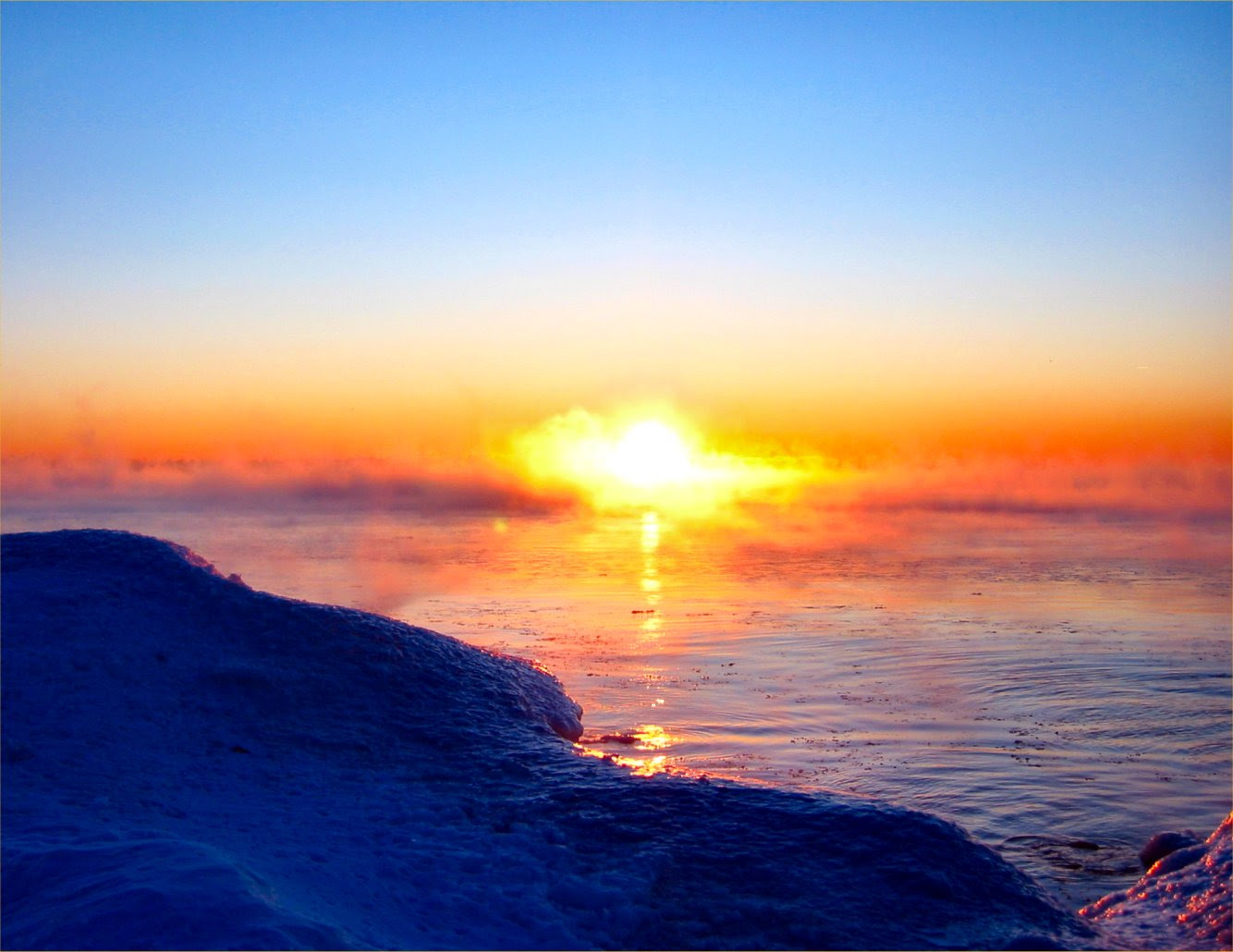 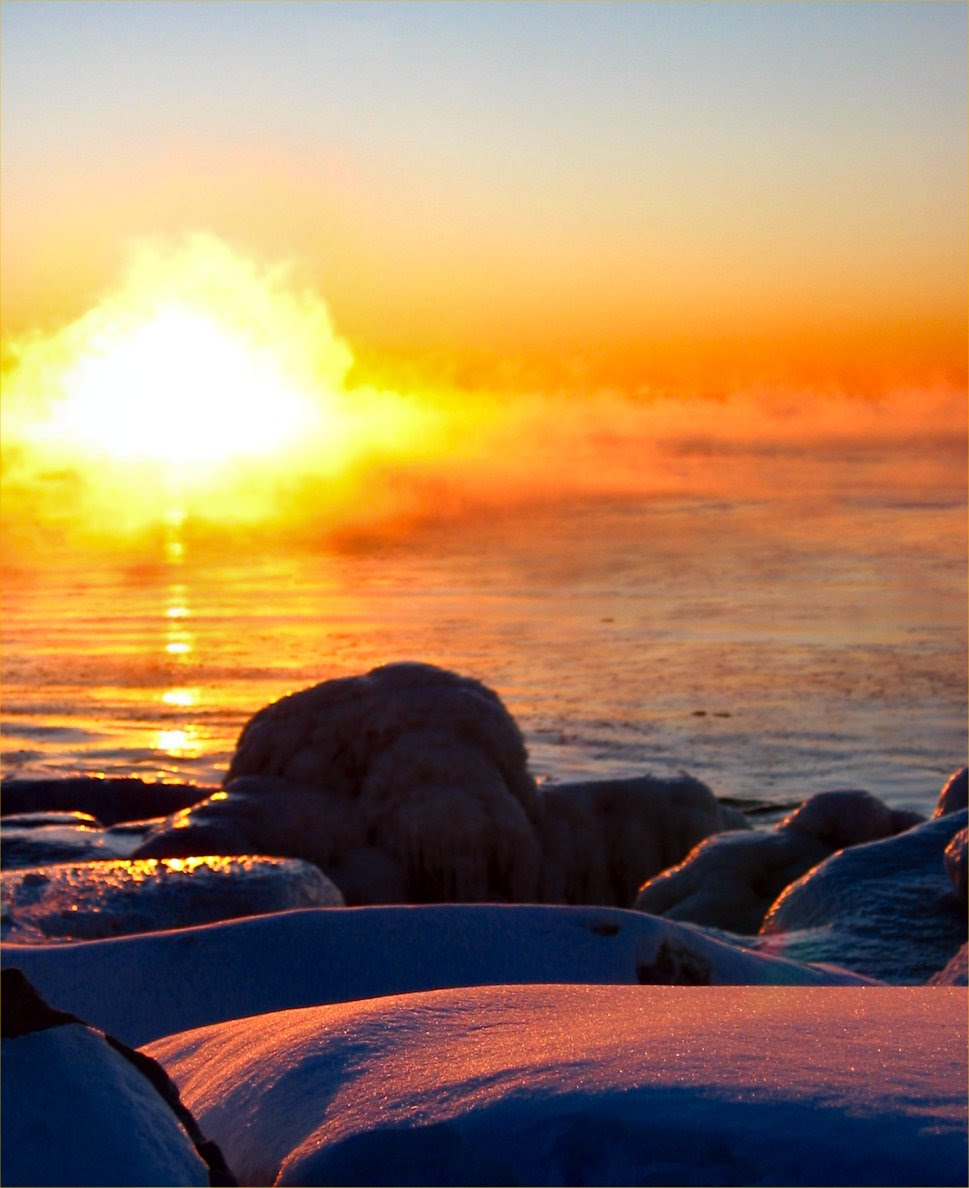 Lake Michigan Ice Formations and Mists at Sunrise on the Coldest Day in Milwaukee so far this season, January 16, 2009...Just North of Bradford Beach... Lots of great sunrise light on cold days at the lake. Photos by Mike Fisk 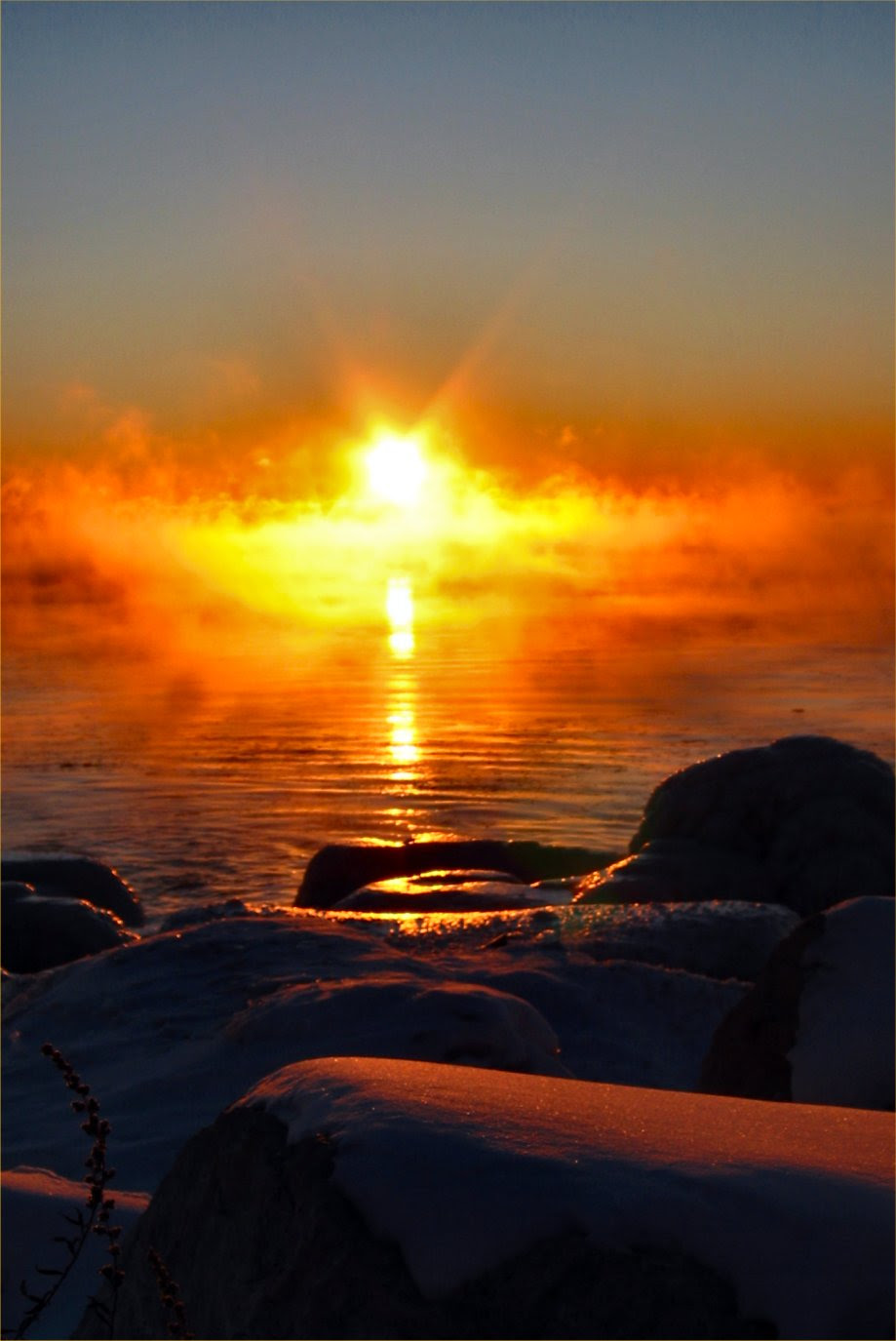 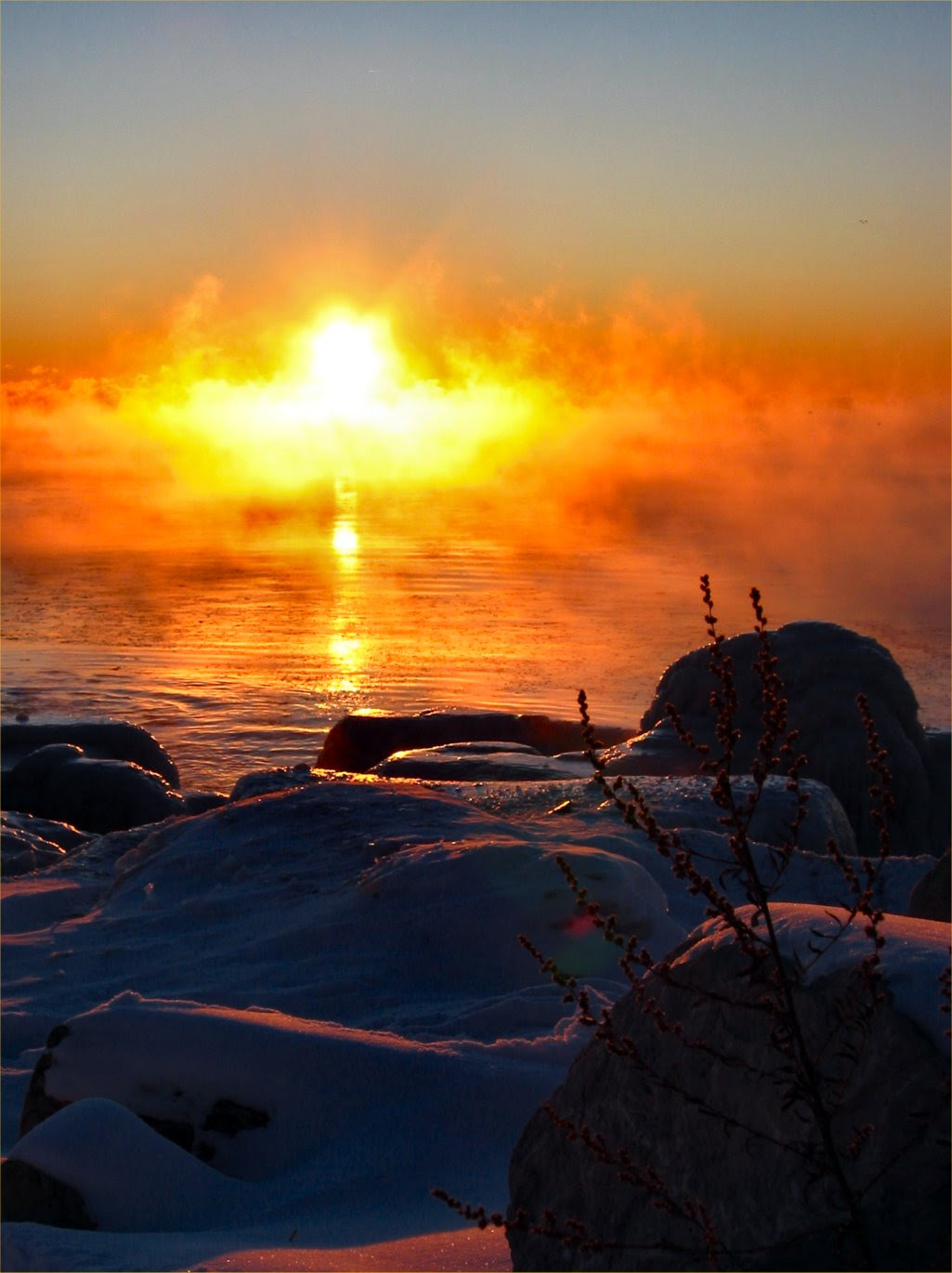 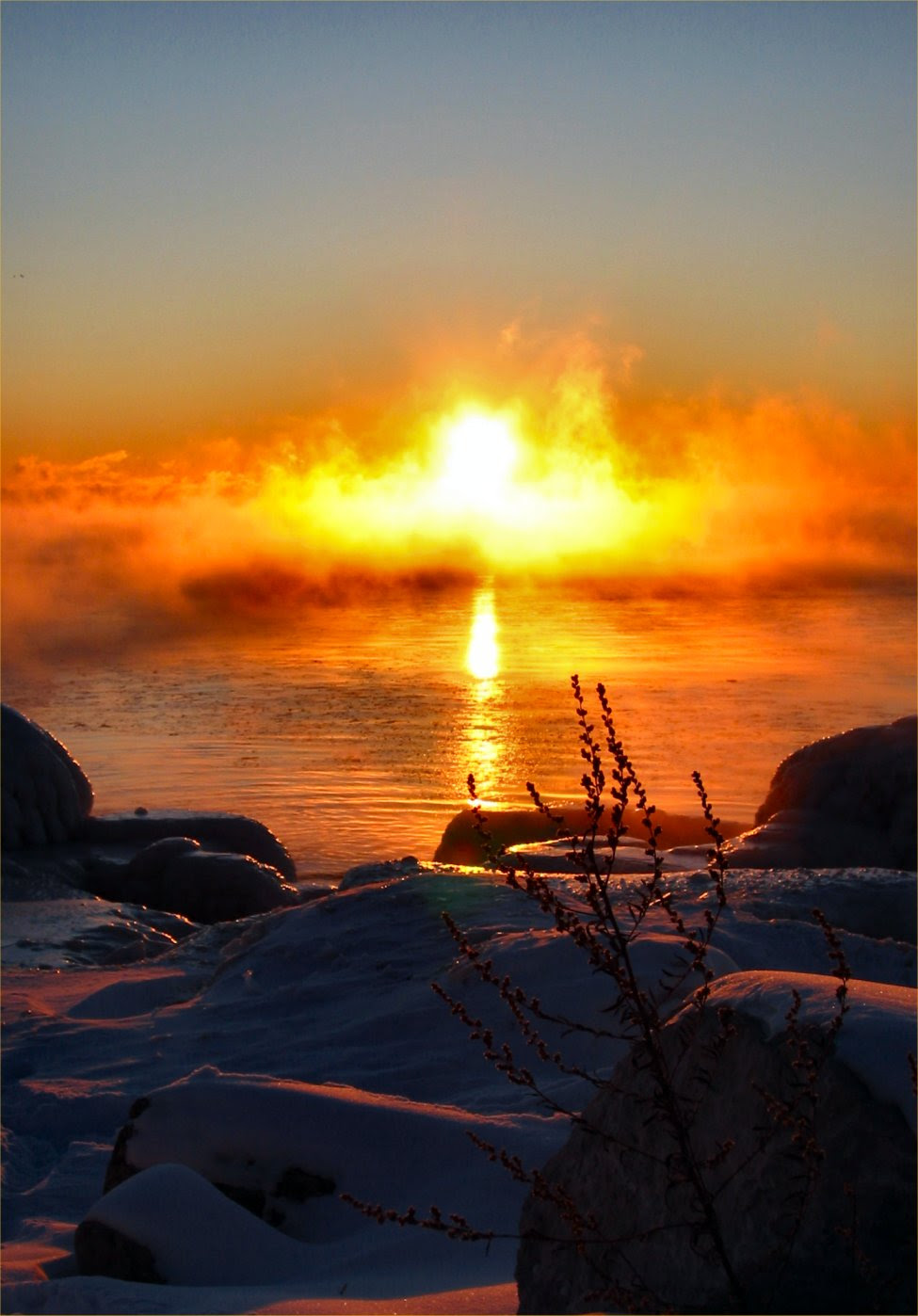 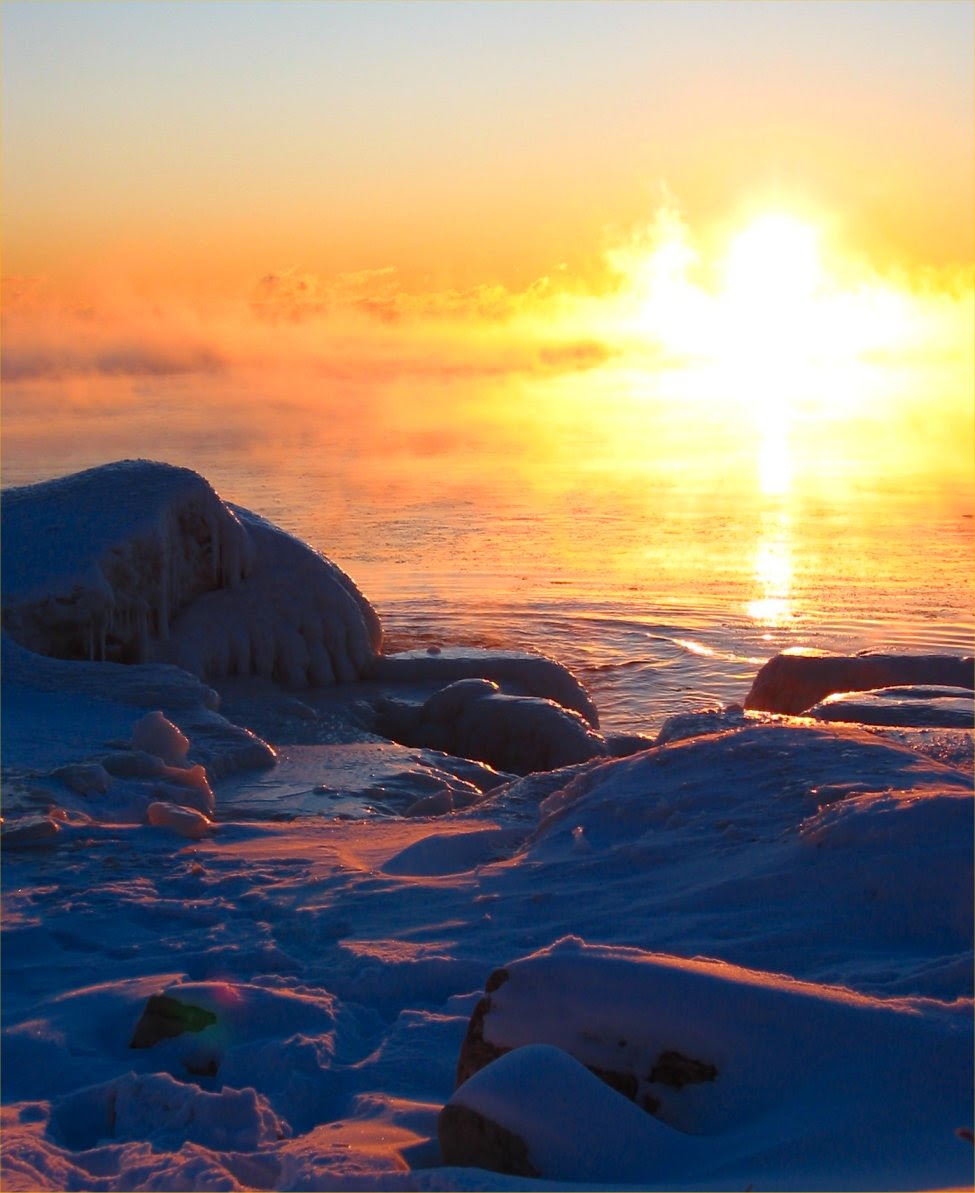 Be sure to check out some free music (mp3s) here (Top Ten Soul Amp Songs):

Have a great rest of the week everybody. =)