Smashed Finger Images after one and half months...

Click here for the latest update on the smashed finger.

OK, time for an update on the smashed finger. This is 1.5 months after it got smooshed in a car door of a Toyato Highlander and about 1 month 1 week since I did the hot-needle pressure-relieve trick in an attempt to save the nail. I'm pretty sure I'm going to still lose the nail. There's hardly any pain now, but surprisingly it still has some slight swelling... strange. 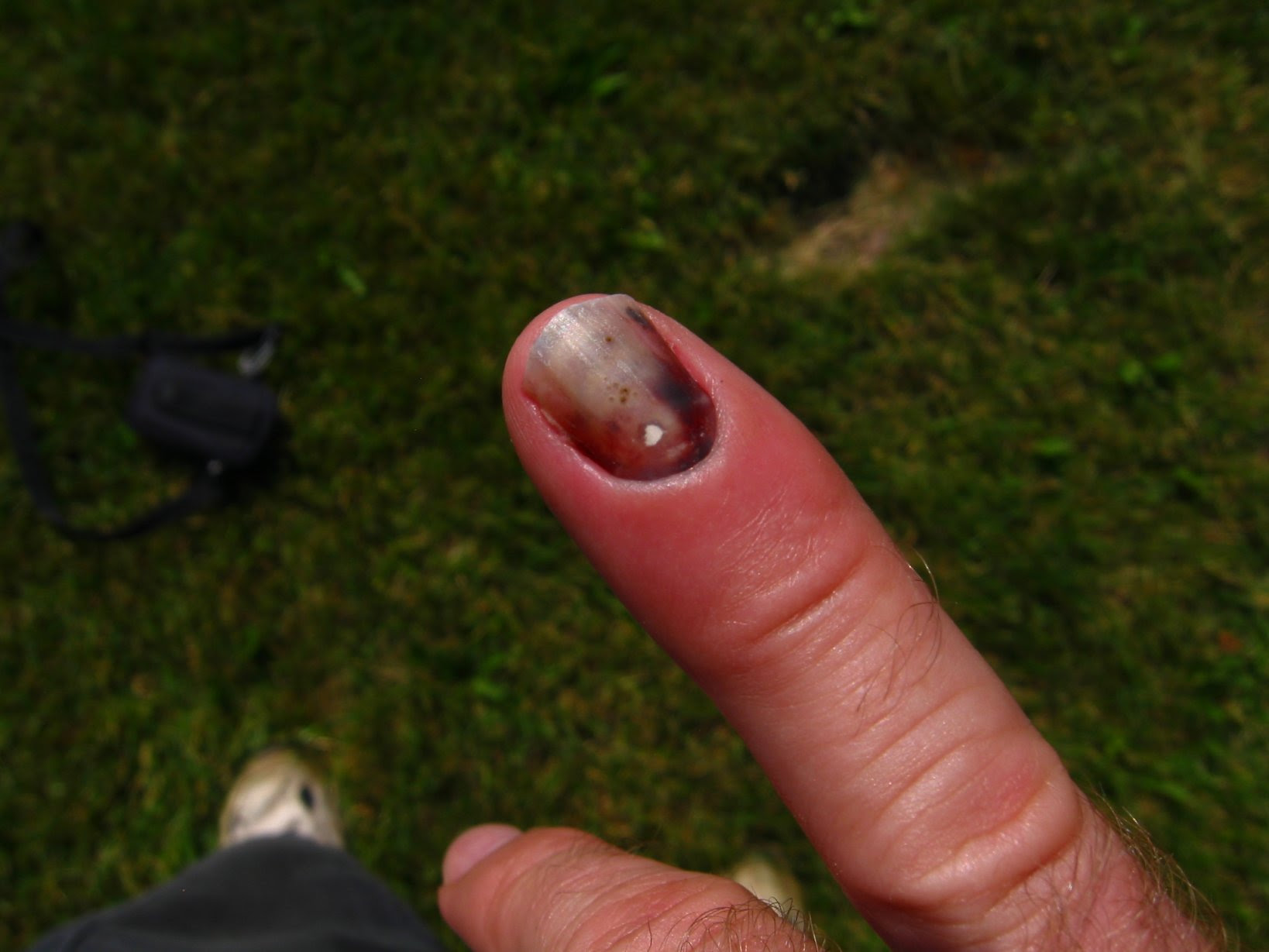 Click it, if you like. for a close up. The little white spot is where I burned one of the holes with the needle and it has filled in with something like soap (my best guess on that). The hole's very small there, but somehow something got in there.


And here's the needle stab post --> stab the finger to release the pressure.


Here's all the posts documenting the smashed finger saga (in reverse order):

Here's one from a reader named Gordon:
http://soul-amp.blogspot.com/2008/11/photos-of-finger-that-was-sliced-by.html