Finger is Fully Recovered after being smashed over one year ago...fingernail back to normal... gardening dirt under fingernail photo

Finger and fingernail fully recovered after being smashed in May 2007. Photo by Mike Fisk 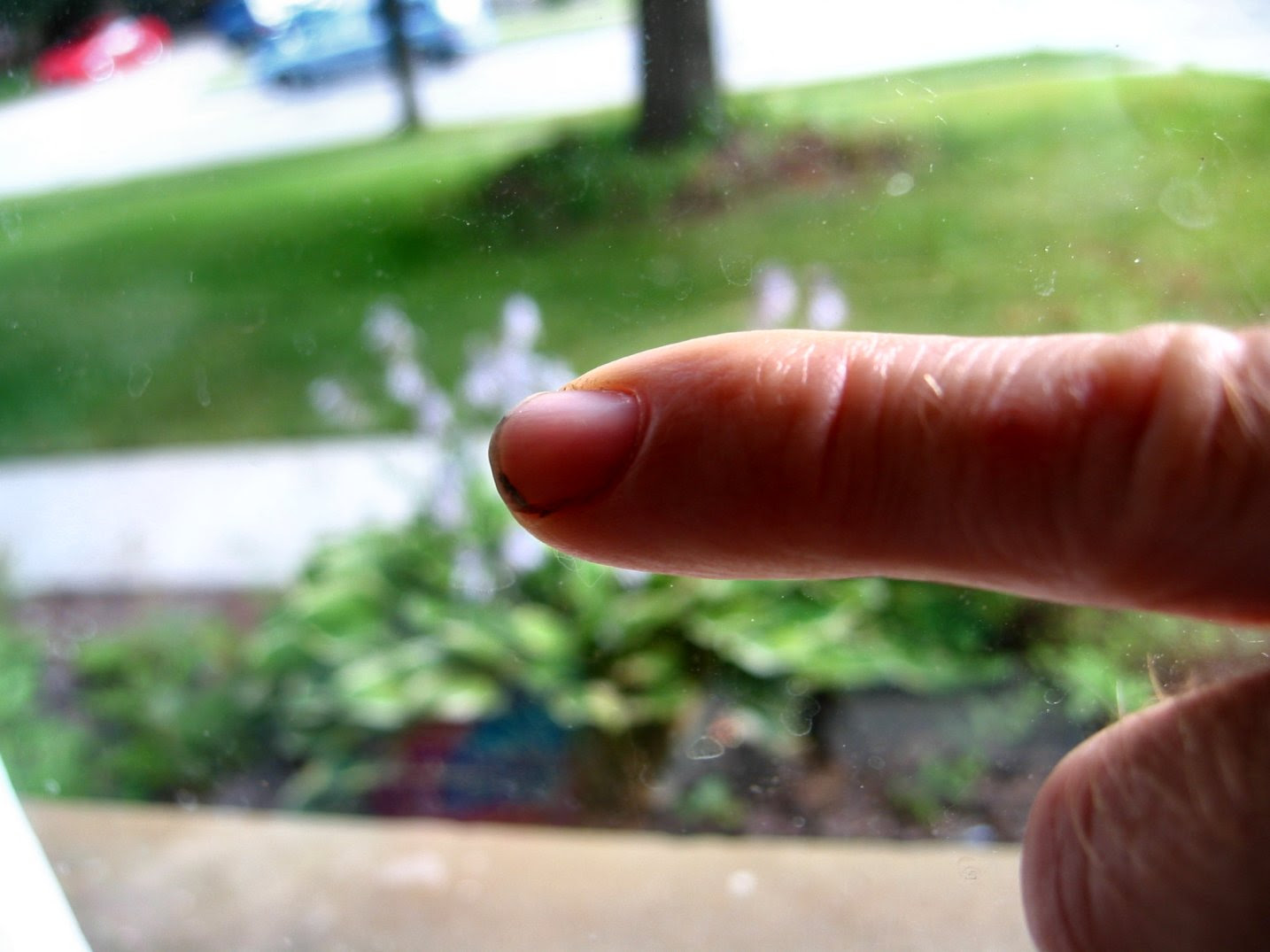 Well it's been over 1 year since my fingernail was smashed (and probably broken, though I never went to a doc to get it checked out). There are many folks hitting site to take a look at it when it was all smashed and I've been meaning to post what it looks like now. It's fully recovered and you can't even tell anything ever happened to it. In fact is was pretty much fully recovered within 8 months. It just took me a while to get around to posting new pics. Lots of music to post first.

There's some dirt under the fingernail after doing some gardening, but as you can see, it's a beautiful, fully functioning finger again...playing rock-n-roll keys...noisely, nervously, annoyingly tapping on tables and percussionable objects....attached to a hairy hand. 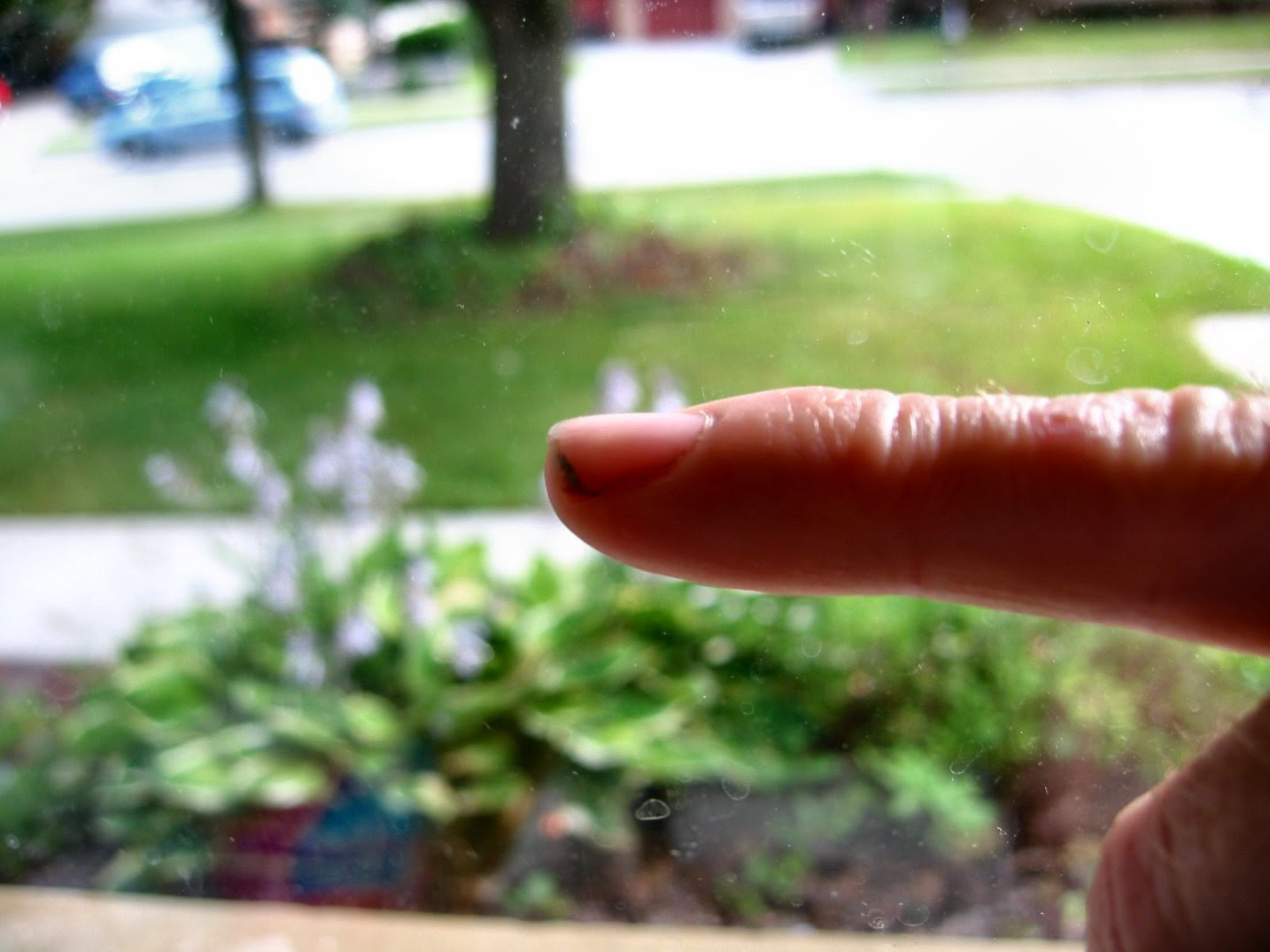 So those with smashed fingers, you have my empathy. Hang in there... time will heal it.

Here's one from a reader named Gordon:

Hey, I got middle finger smashed in a doorway this past Sept. The nail just fell off last week. So I am defiitely in the midst of the same saga. Thanks for posting it! I'll tell you its probably much easier to pose for pictures and show people your nail when its your pinky. I am constantly trying not to flip people the bird!

Are you kidding me? Having an excuse to flip people the bird is the best! =)

I hope your finger recovers quickly! Without these blog posts, I don't know if I'd even remember which finger got smashed. It has healed that well. I hope it's the same for you.

I am sooo thankful for you posting and documenting your nail. I smashed two fingers of mine a bit worse in a garage door, they got crushed between the panels when it came down.
I needed surgery for the pulp at the end and smashed my middle finger nail off completely. My ring finger is just beat up really bad. Anyway, I imagine my ring finger will grow back like yours. It's been one month today since the accident so I still have that black nail. The surgeon said he saw the root of my middle finger nail so it should grow back (please!!) Vanity was starting to set in and I have been searching for others success stories and trying to see how long it'll take and what it'll be like- SO THANK YOU! (I too flip people the bird. We were at a drive thru once and I had to hold my hand up to alleviate the pain and the staff couldn't help but laugh at my raised bandaged middle finger pointing there way. ha ha- Oops!)
Also, we got a piano a week before the accident and it just stares at me- not quite ready to learn and play yet, but as soon as I can! Found it ironic when I came across your blog. Love your tunes, esp She Walks On Up Ahead.

Hey, sorry to hear about your fingers. You'll be playing the piano before you know it! :-)

I also want to point out that I enjoyed your blog. Nice photos. I rarely ever shoot people except my only family.

Ok my fine fans (all 2 of you), go take a look at Laura's photos: The Photography of Laura Jane

Thank you for sharing your story. If you happen to stop by here again, please give us an update.

Happy healing to you!!

I couldn't even remember which nail got damaged without looking at that pics. It looks like all the rest of my fingers (just as ugly, LOL). I hope yours also gets completely healed.

Thank you for sharing. Smashed a finger in an accident over the weekend, did go to ER, but still freaking out re: if it's healing normally. Found you via Google. This really calmed me down.

Darn Toyota Highlanders. Smashed my finger 1 week ago, I had to open the door to get my finger out. After burning the hole through the fingernail it has bleed for a few days and still feels warm and numb.I keep pushing the nailbed back and rubbing my nails across it encourage nail growth. It sucked in the beginning and is only an annoyance now. Thanks for the post.

Is it okay to wear a bandage over it until it fully grows back?

I don't really know. I didn't wear one while my finger healed. That's something to ask your doctor.