Phonies and the "Catcher in the Rye" and Innocence Lost... sitting on a Hammond M3 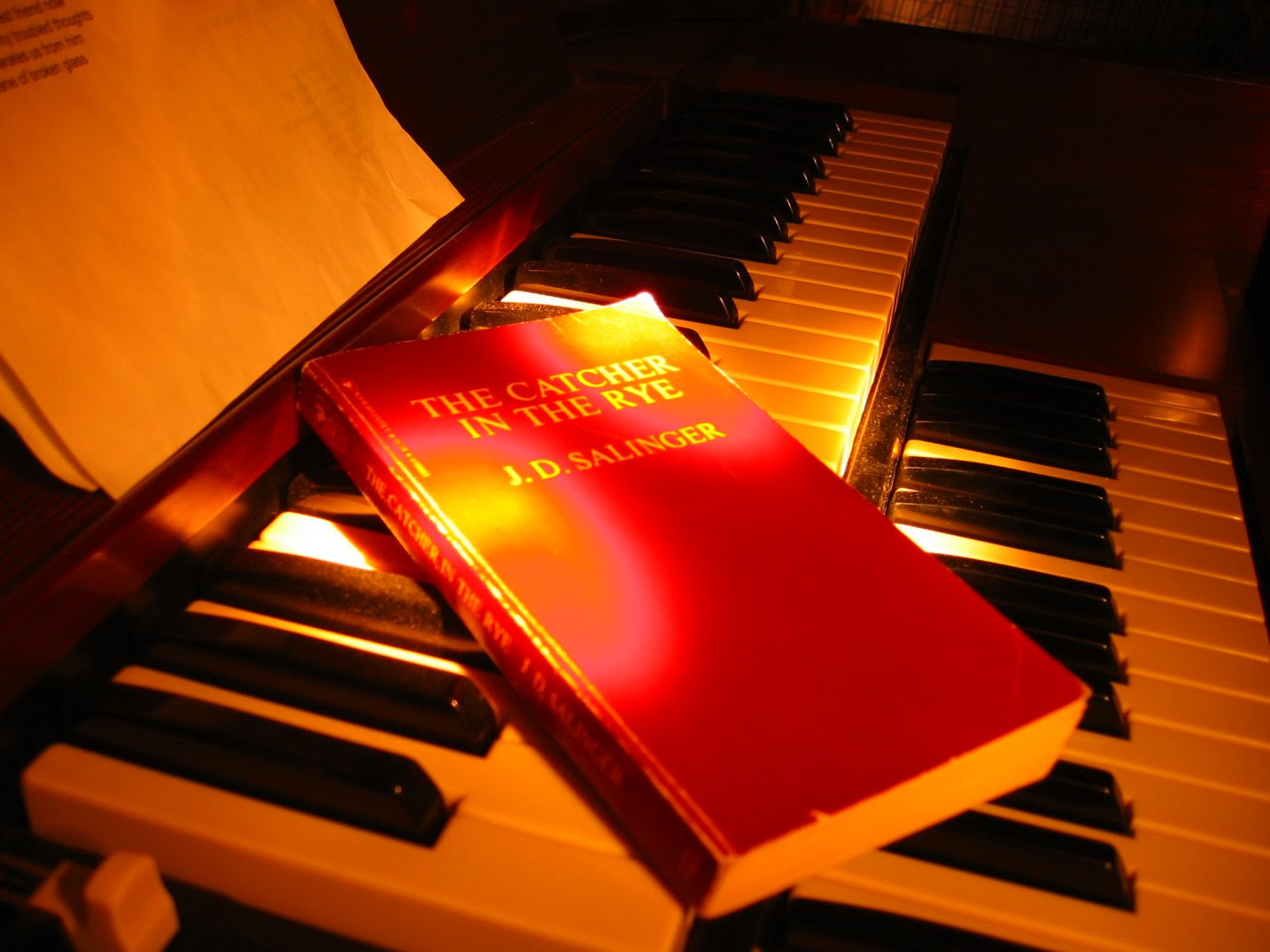 For whatever reason, I was thinking about J.D. Salinger's "Catcher in the Rye" last night.

The book is one of my favorites and I have identified a lot with the narrator/main character, Holden Caulfield. A key theme to the book is Holden's dislike of phony people. I've always had a disdain for people who didn't appear genuine to me, but I've been thinking about that lately.

There is another aspect to phony other than trying to be something you're not. And though I think most people do a bit or a lot of that, the other aspect is not saying what you mean.

It's always bugged me when people don't behave the way they really feel towards me and it also bugs me that I do that myself to them. When we're kids we don't have the phony-filter turned on because we don't know any better. We just say and do whatever the hell we're feeling. That's why kids can be so charming and also so exacerbating. It takes awhile for the innonence of our childhood to get pounded out and molded to the point where we may lose some of our simple charm, but we also become less annoying.

A lot of what we say is just so that we get along somehow, but we really don't want to be bothered with the details or really getting to the true meaning what we're saying; heck it's the stuff we always say in given situations. Occasionally someone, like Gandalf, comes along and slices through our phony-filters to find out what we really mean. In the Hobbit, Gandalf finally says to Bilbo, "What a lot of things you do use Good morning for!... Now you mean that you want to be rid of me, and that it won't be good till I move off..."

Ultimately all this phoniness crap appears to have it's root in trying to get stuff from other people by saying or acting or doing stuff that's not truely who we are or what we feel. I find we mask what we really feel to protect either ourselves from riprisal and hassle from others or to protect others from unnecessary pain and conflict.

I'd like to minimize the phony-filter in myself by turning my inpatient or critical feelings into something genuine and kind in regards to finding good things about people. And that takes more work than the standard "Good Morning"... When I can...I'd at least I'd like to try.... maybe return to some of the innonene, but put in the effort to polish it off with a dash of practicality and hope to avoid appearing phony.

.... And when there really isn't any good side to comment on, I'm going to just have to tell it like it is and let the chips fall where they may....

Anyhow, not sure that made any sense, but that's what I think.... oh and sorry about not tying this thing back to "Catcher in the Rye"... all right I'll try.... let's see here ...to summarize Holden wants so save his sister from growing up because he's hating it himself and he sees the innonence in her. But when he get's the chance to save her he doesn't.... so in a sence he's a phony too and I think that was the lesson of the book which I don't think I really got until just recently. Oh well... I'm slow.


Have a great weekend!

....and be sure to grab some free Soul Amp MP3s for your player at: