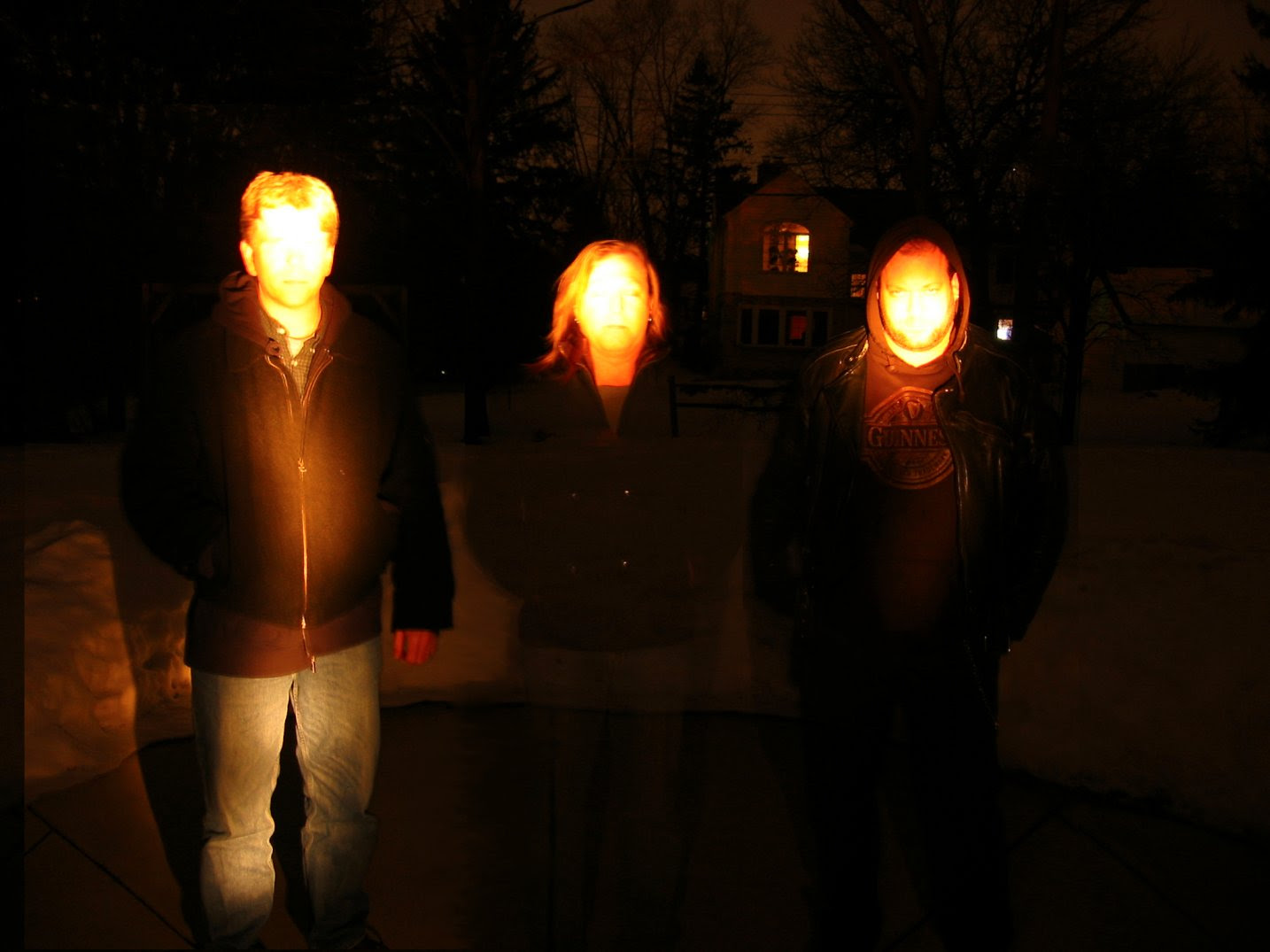 Well we finally got back to practicing after a long hiatus of about 3 months. It was pretty damn nice to see each other after such a long while. We have tried to get together to play, but between all our job and family responsiblities and the fact that nature has snowed its ass off this year in Wisconsin (as you can see in the pic), it has taken while to reconvene to rock.

The pic was taken by opening the aperture on my camera for 30 seconds and shining a flashlight on our faces (in my case there was a bit too much flashlight). There were actually 3 photos taken; one of each of us and then I stitched them together in Paint Shop Pro (a now fairly defunct product since Corel bought them and changed the program... made it worse imho). There were some technical glitches with the camera and we were cold, so it didn't come out as cool as I wanted it to. But M2 looks damn cool in it.

We were a bit rusty last night but we did record a couple of semi-gems. Here's one of them. It's a party tune to get your Friday partying started off just right... it's packed with Strat and Hammond B3 and lots of brilliant musical farts... so crank it up and have a great weekend!! Here's the tune:

More free music can be had here.