Using the Zoom H4 to record a Concrete Table...at Sprizzo's in Waukesha

We were hanging out at Sprizzo's in Waukesha on Thursday. They had a very groovy jazz band there called, "The Don Weast Quartet". They were playing some old jazz standards and gave the evening a nice summer-night vibe. E hung out with us for bit and then had to blast to do some work stuff. One of the purposes of getting together was to have a band meeting. M2 called the meeting and we discussed a bunch of stuff like the musical directions we want to head in and so forth and moneys (of which there always seems to be none). Musically, we are sticking to stuff we've been doing, but going to add some new elements... you'll just have to listen and see what's coming next.


There was talk about all the uncertainty of our day jobs and there was much commiserating on that. There's always a worry that one of us may have to hit the road and live out of state for a new job and that could put a damper on the Amp of course. M2 joked that he and I could become a 2 piece. We sure wouldn't mind making some money on this soul amp gig sometime.

Brad got us booked at the HOG for a Friday October 5 gig. We might have other stuff coming up as well. Just track it here for details.

Anyhow... after a couple of beers and food and listening to Don Weast we went outside Sprizzo's (out the back) to talk band stuff .... They have new concrete tables and at one point M2 started tapping out some rather tasty stuff on the table and we discovered that the table we were at had a good tonal quality. I ran out to my vehicle to get the Zoom H4 and recorded M2 and Brad (Brad is clapping). It turned out quite nice... It was recorded straight to mp3 and has no effects processing. You can hear a person coming out of Sprizzo's near the end of it.....so check it out:


Sprizzo Concrete Table with Good Tonal Qualities
I just held the Zoom H4 in my hand... it was not touching the concrete table. The gain was a bit low.... just still came out all right. I might normalize it sometime. 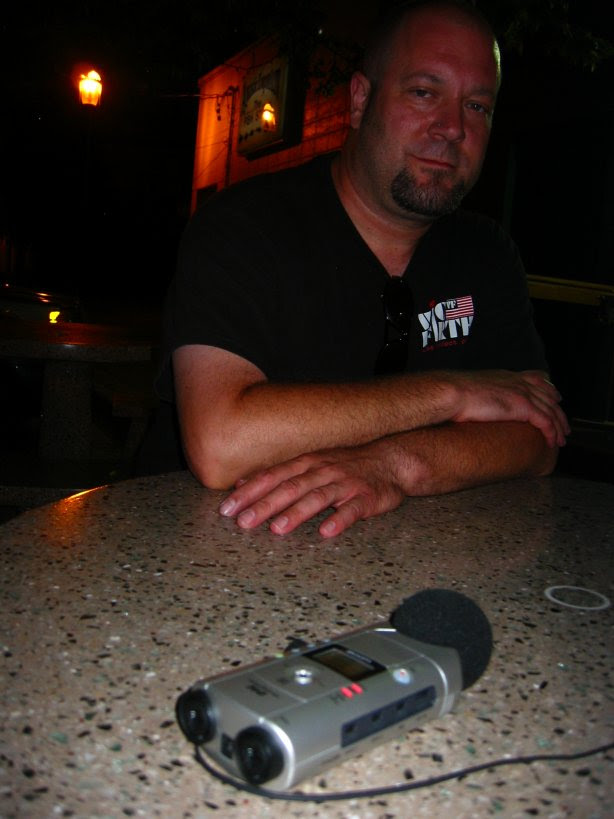 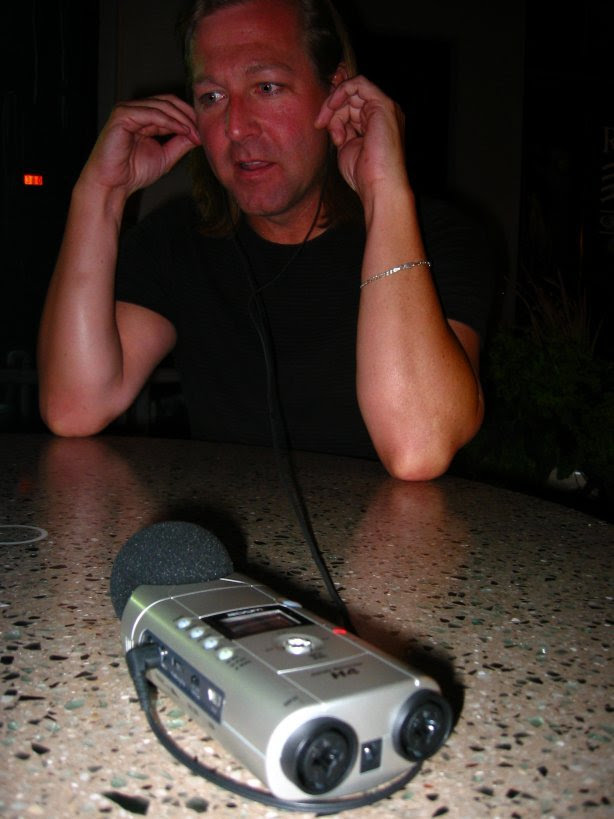 The Zoom sitting on the table (with the windscreen on): 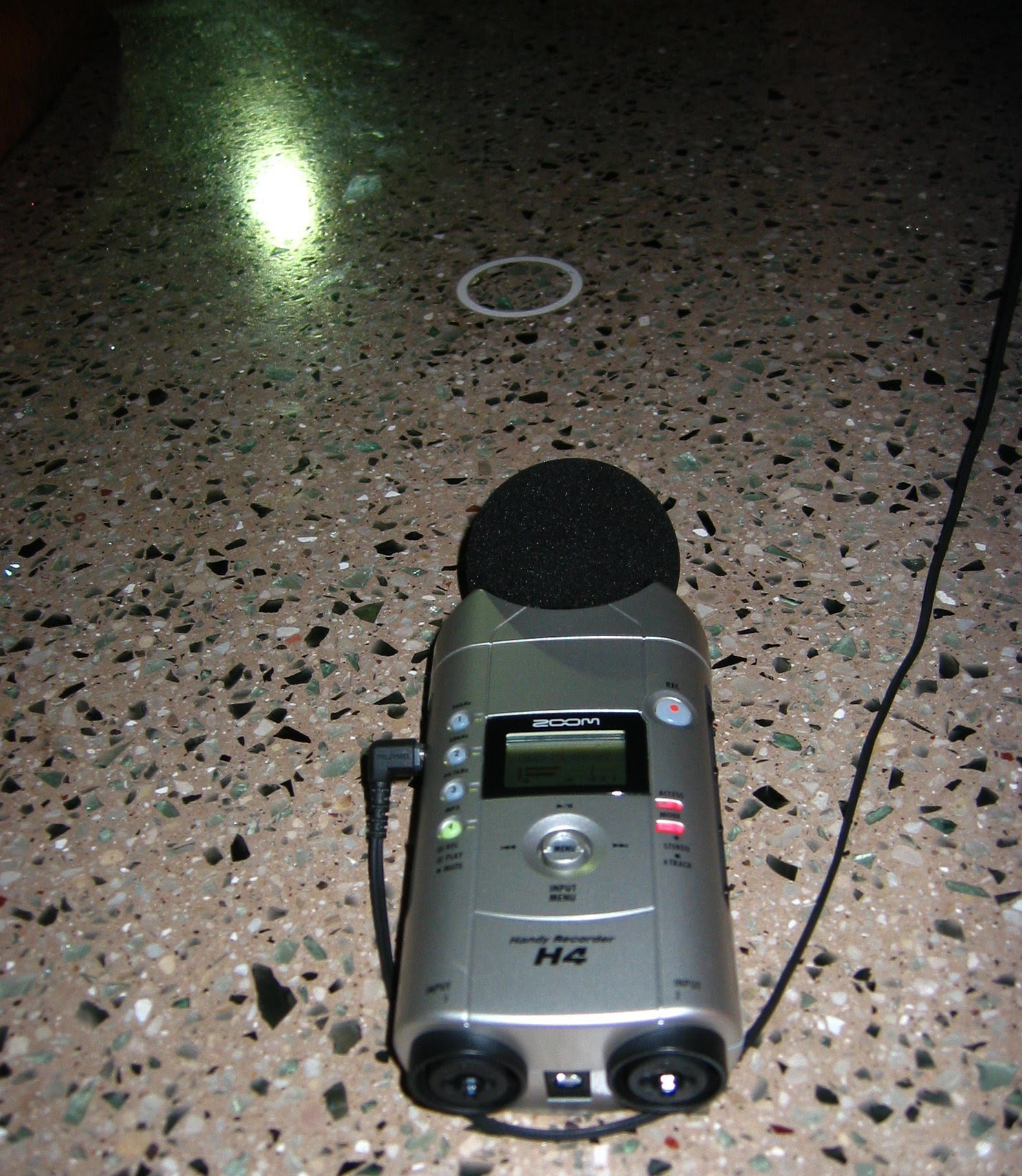