This weekend Brad, myself, and B transported the M3 from Brad's place to the studio.

This time we moved it in a minivan and that went pretty well. B provided a lot of good advice that Brad and I argued with, but of course B turned out to be right. One thing we kind of messed up is when you tranport the Hammond you need to secure the tone wheels. There are 4 locking screws. We locked two of them, but forgot that there were 4. So it rattled around a bit. We even stopped and checked the two we had tightened, but still forgot the other two... the inside ones. It's working just fine, so it appears no damage was done.

Here's pics of what I'm talking about...

Here's all 4 locking screws (in the unlocked position): 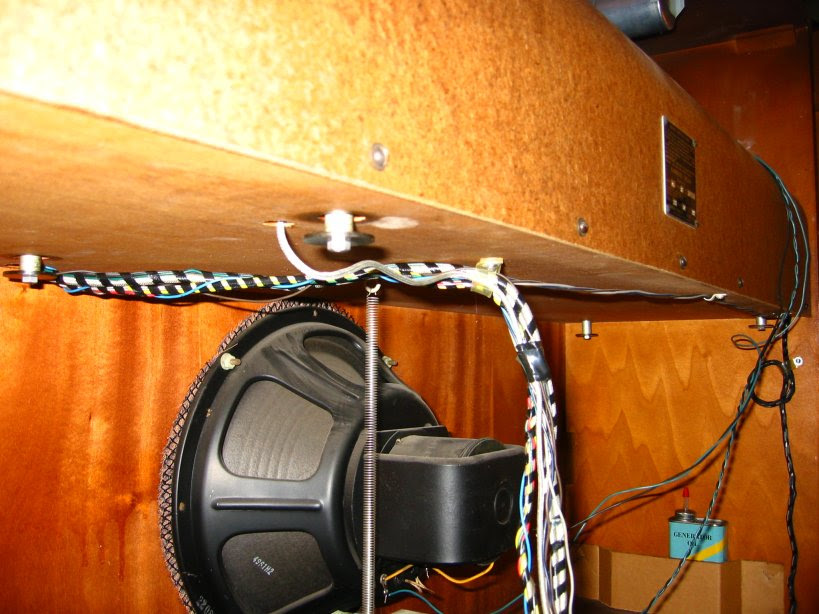 Here's one of the screws in unlocked position: 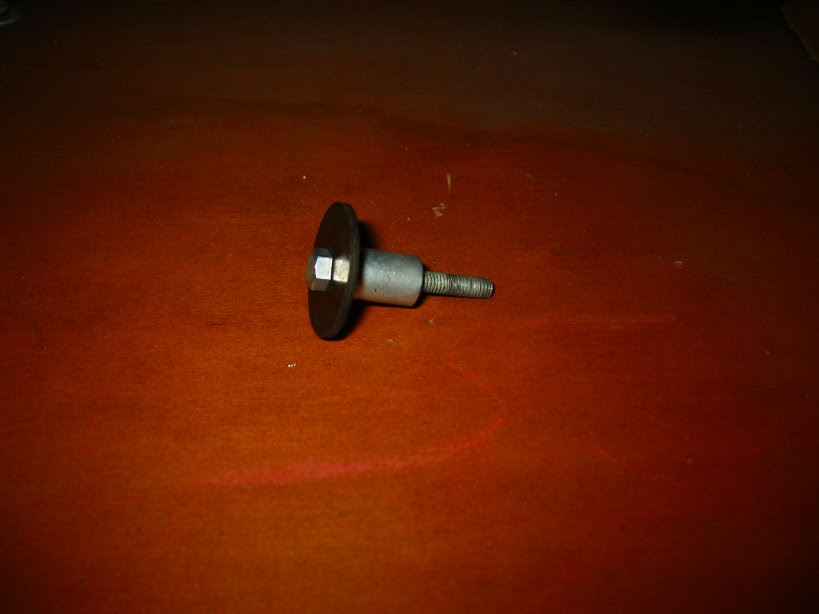 Here's one of the screws in locked position: 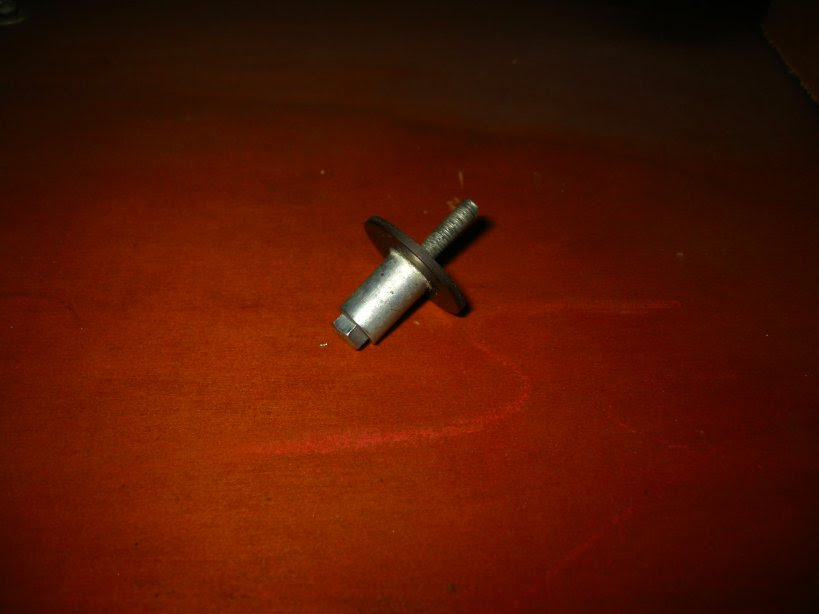 Here's what they look like locked in the cabinet: 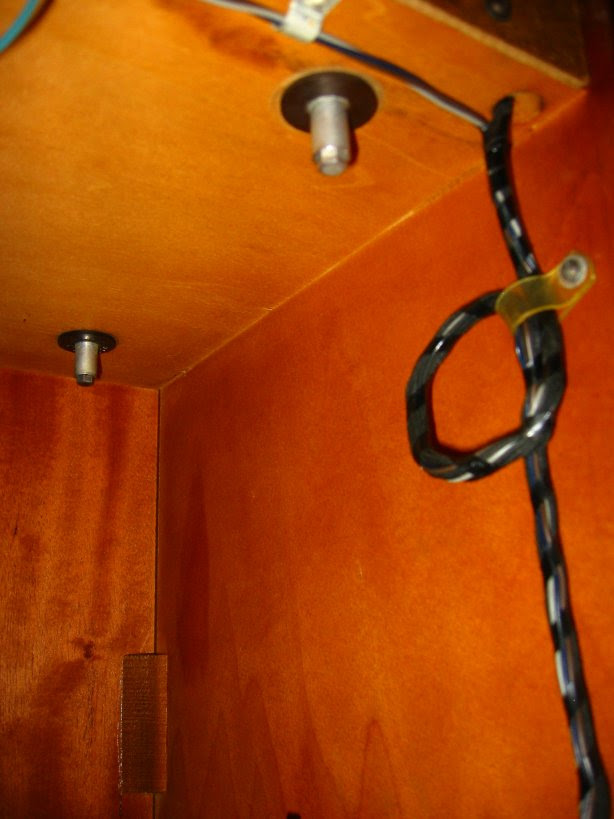 Also, never lay the hammond on its back. If you do you will have oil leaking all over from the tone wheels as pointed out by this forum. We were at least smart enough not to do that.

As the M3 weighs 249lb, you really need at least three people to move it. Even then it's a bit cumbersome. When we first got it back in 2004, we hired a couple of guys (I think at $5 a piece) who were just coming down the street at 2 AM when we got there to help us put it into Brad's house. I'm sure they were glad for some extra beer money. With B's help this time, it wasn't any problem.

Here's a great page on Hammonds (how they work and maintenance).

We hooked it up to the Motion Sound (yep, not quite a Leslie, but still rocking) and the M3 just grunts and sings and wails. Very nice indeed. 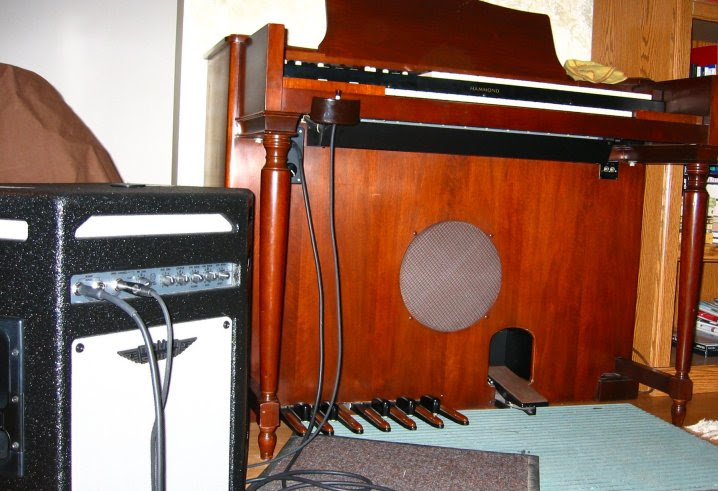 Be sure to check out some free soul amp music by clicking here (lots of Hammond M3 samples to be found).