Sunrise Trees on Lake Michigan on the Coldest Day in 2009. Golden Fire Sunrise on the Lake. Free MP3 Music to Download. Links to Sunrise Photos 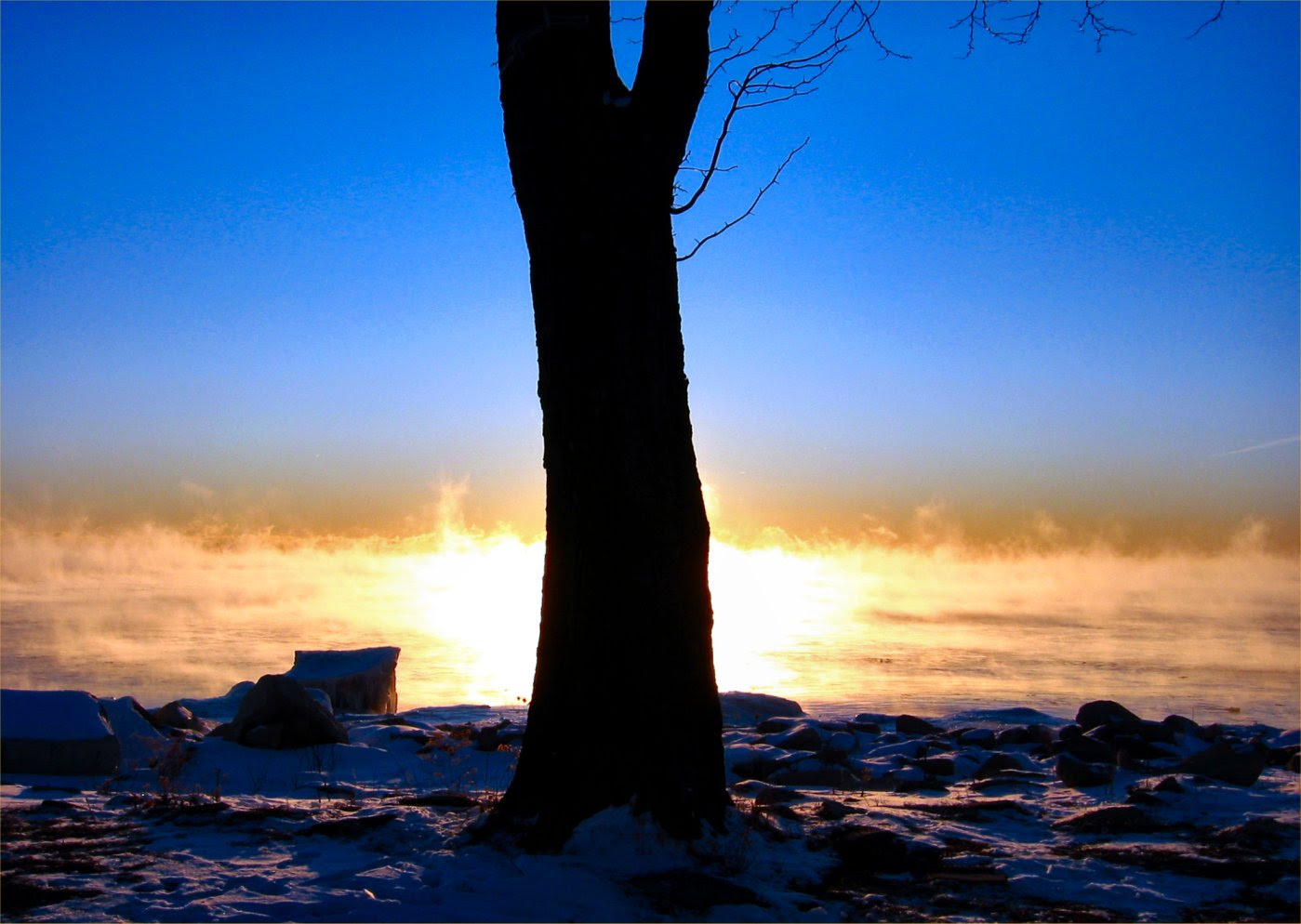 Golden sunrise covered by this tree. I love the way the mist off the lake looks like fire in the sun. This was the coldest day of the year in 2009 (it was taken on January 16,2009 and I'm hoping there isn't a colder day since we are already at mid February as of this writing). The temperature was at -20 degrees Farenheit. Photos by Mike Fisk

I though that blocking the sunrise using trees would make for interesting photos...

BTW, I'm working on some more music... here's an instrumental that might progress in a song with vocals:

And more trees at sunrise on Lake Michigan pics: 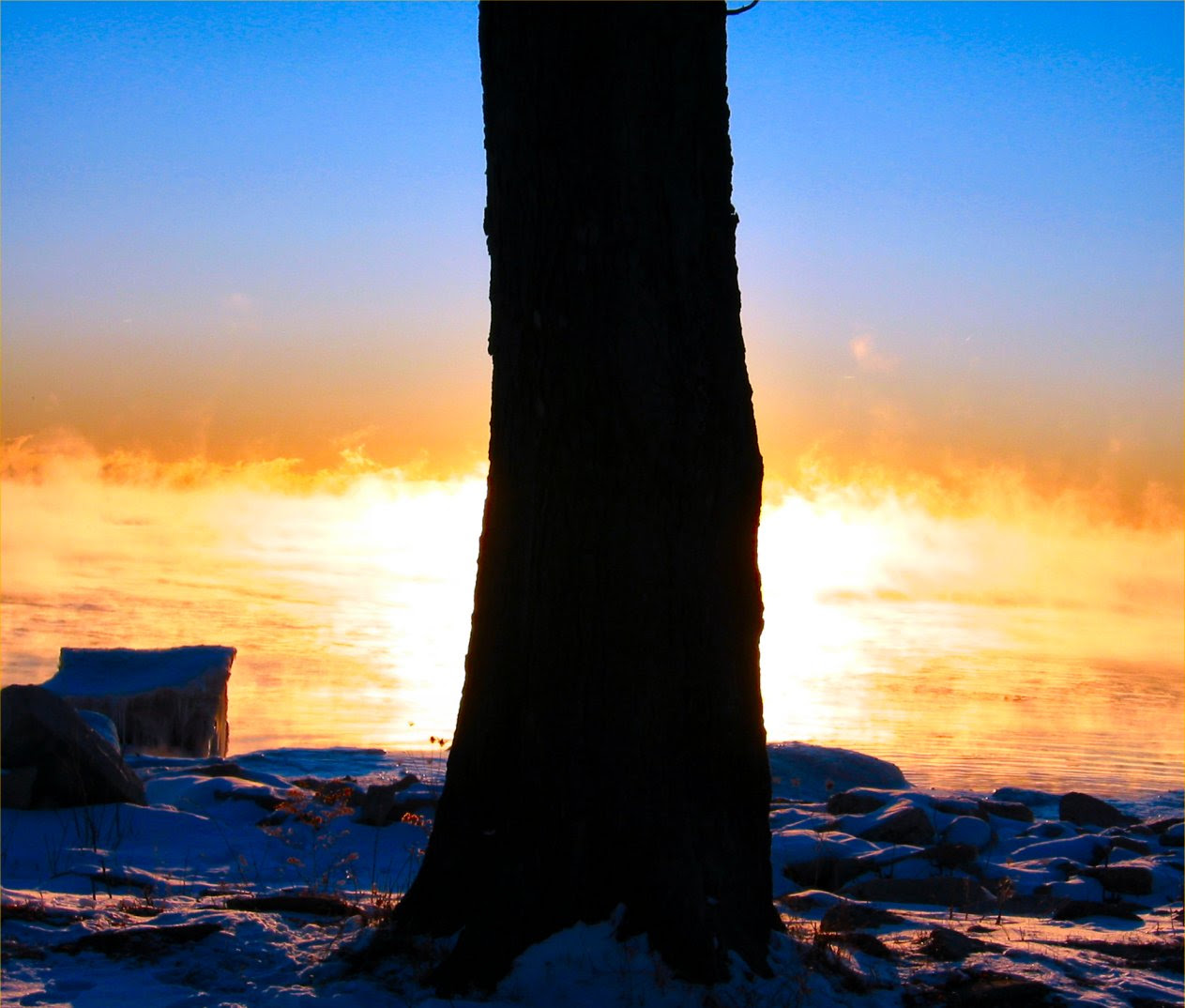 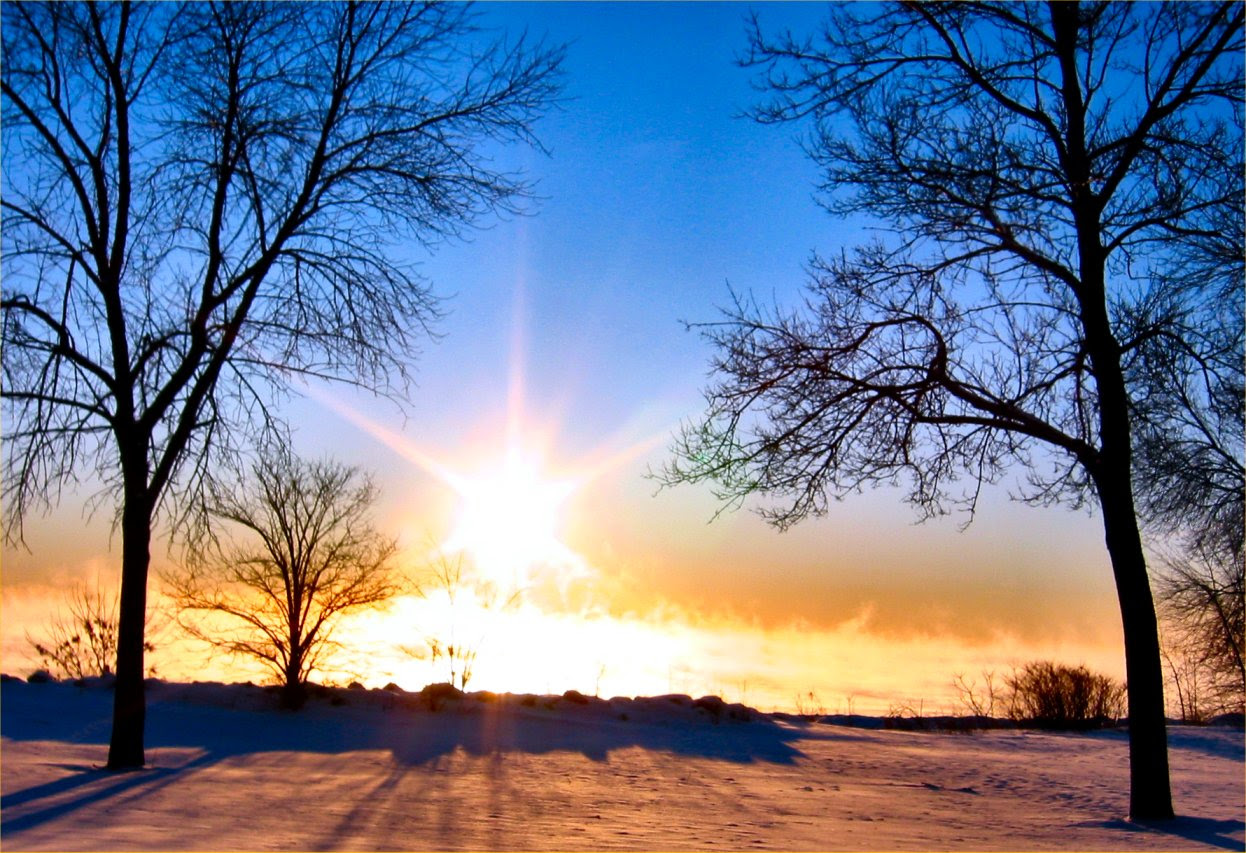 Golden Sunrise in Mists on Lake Michigan at Sunrise on the Coldest Day in Milwaukee so far this season, January 16, 2009...Just North of Bradford Beach. Decide to throw in a pic where a tree is Not blocking the sun. Art in Nature. Photos by Mike Fisk 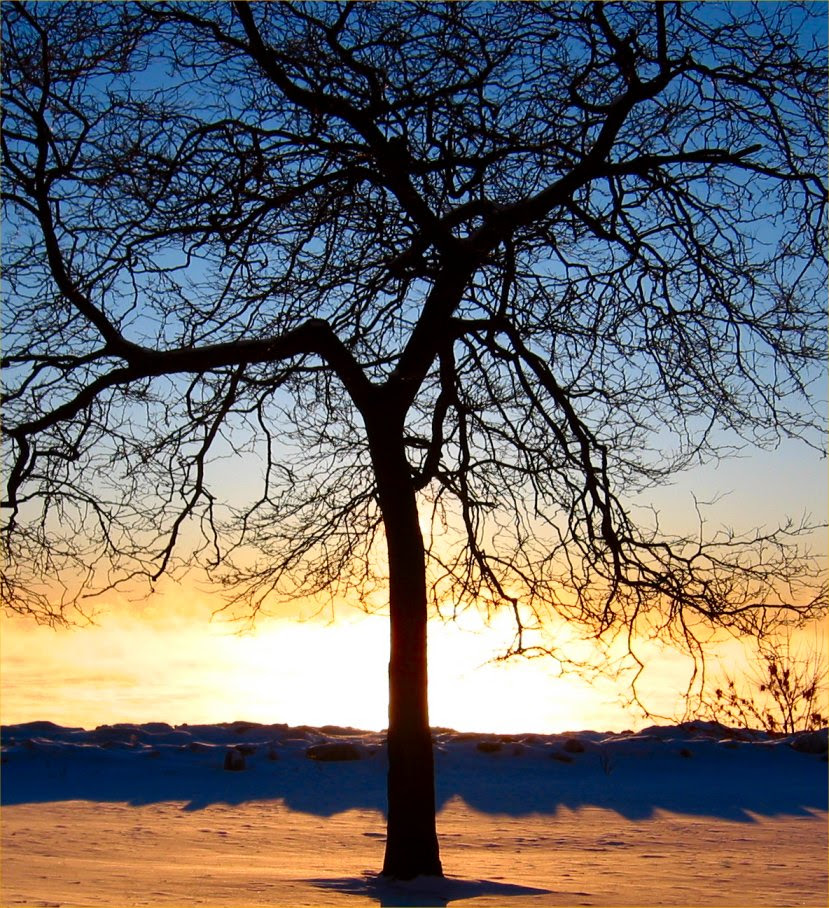 Fire on the lake... so it appears, huh? What an amazing effect. Lake Michigan Ice Mists at Sunrise and Trees along the shore on the Coldest Day in Milwaukee so far this season, January 16, 2009...Just North of Bradford Beach... Lots of great sunrise light on cold days at the lake. Photos by Mike Fisk 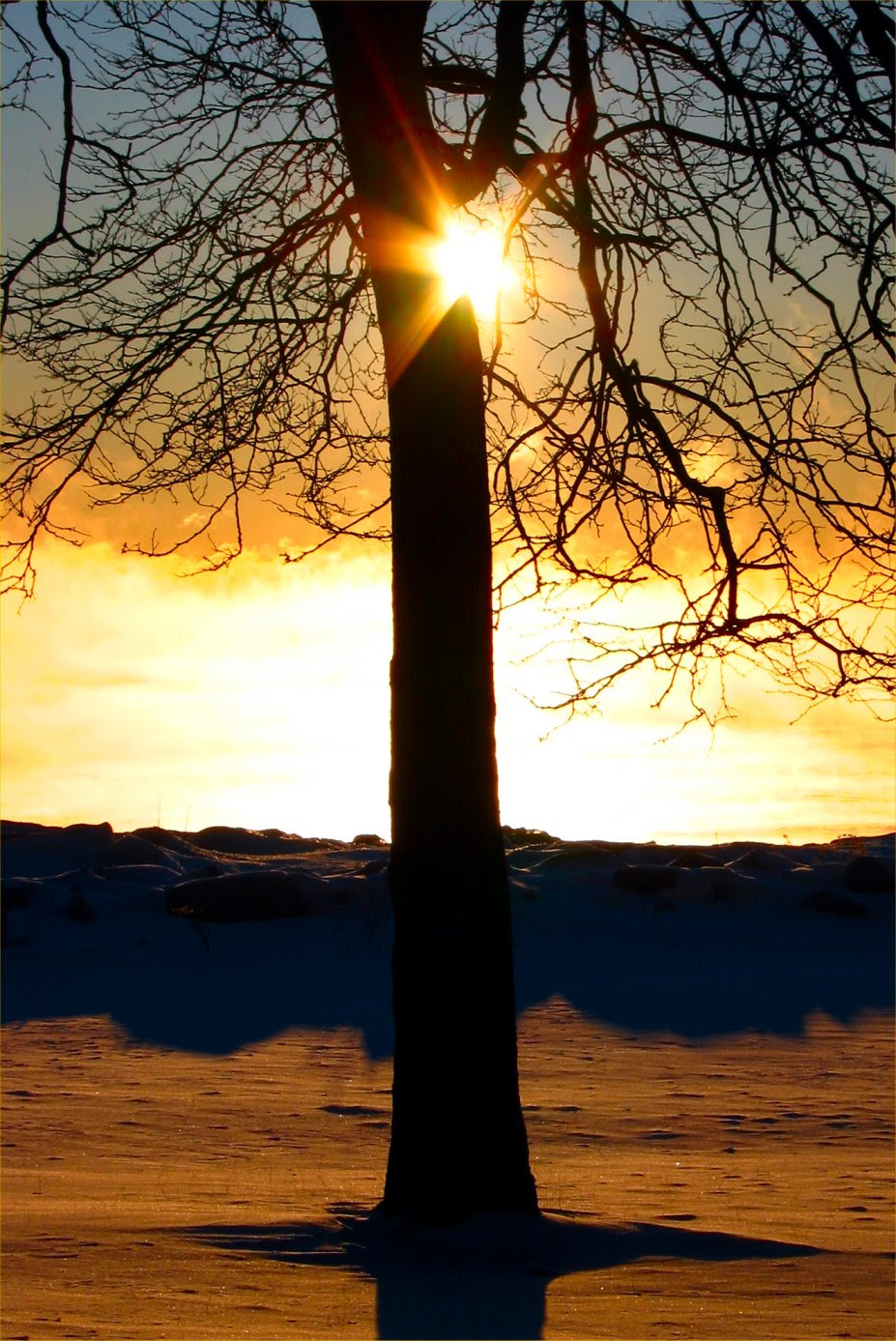 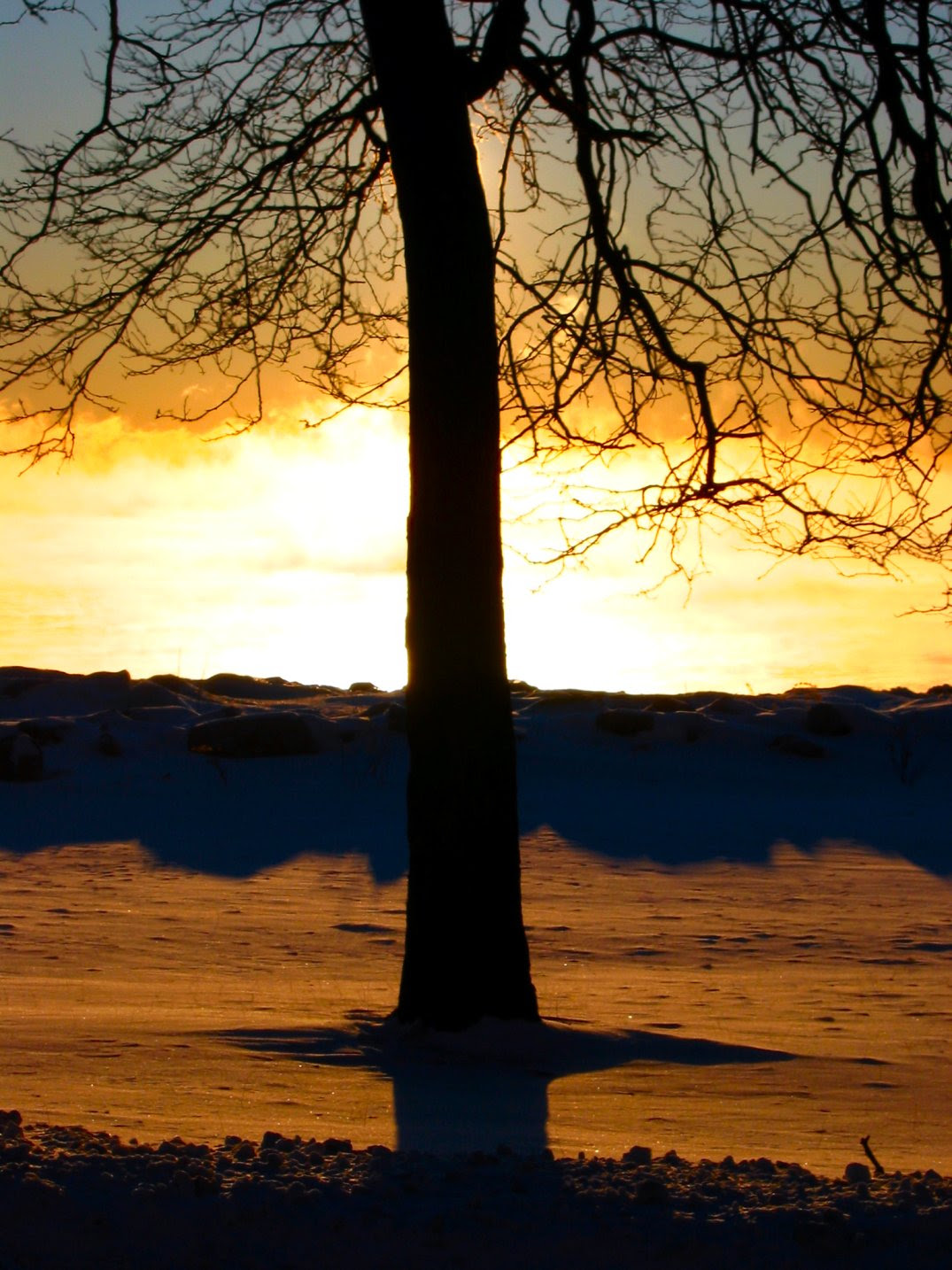 Be sure to check out some free music (mp3s) here (Top Ten Soul Amp Songs):

Have a great Friday and Weekend everybody. =)