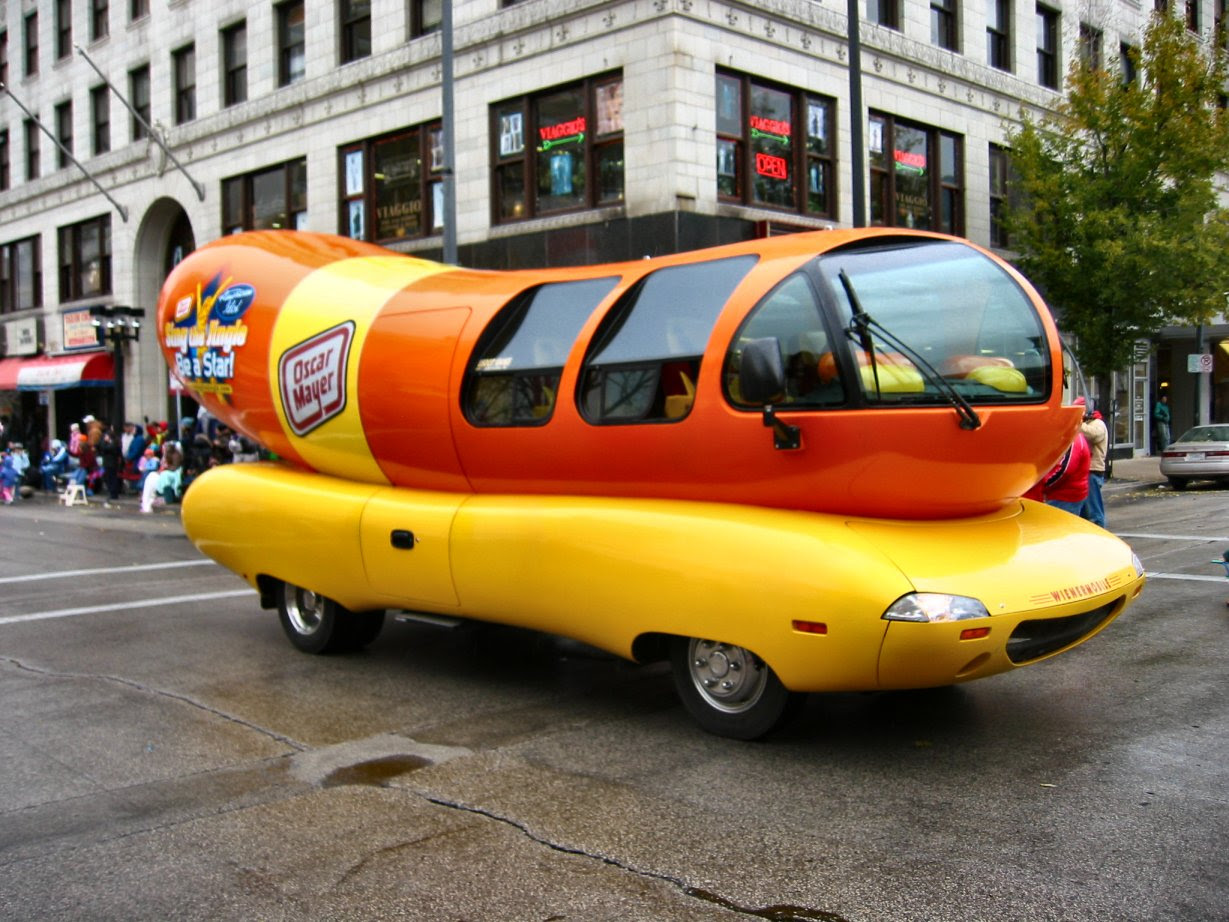 Here's the Oscar Mayer Wiener Mobile at the Milwaukee Holiday Parade in 2007. The parade is very cool and excellent for kids and for people with a kid inside them (like most of us really). I'll post more pics of the Holiday Parade later but I've always like this bit of mobile advertising since I was a kid (although it was a bit different back then). Here's a pic of the first wiener mobile (I wonder how they were able to see to drive). OK, I'm not that old. Here's the one from when I was a kid. Milwaukee's Stevens Automotive Corporation built this one in 1988. Here's another pic of the wienermobile from the 2007 Milwaukee Christmas Parade: 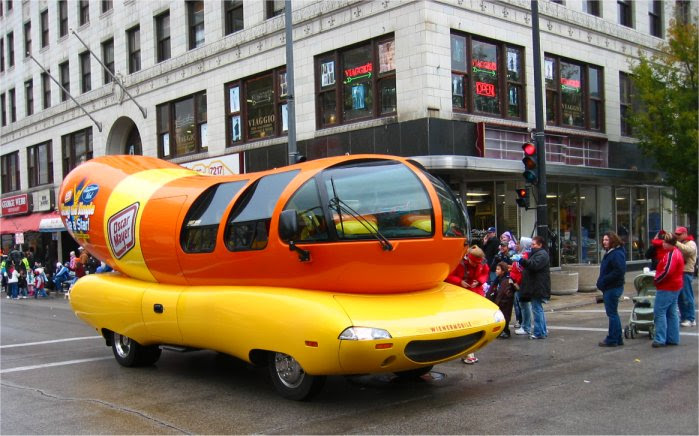 Here's some pics of Milwaukee Christmas Lights as well as some Holiday Lights at Ziedler Park.